Mabokgwane lined up a possible replacement for Walters at City 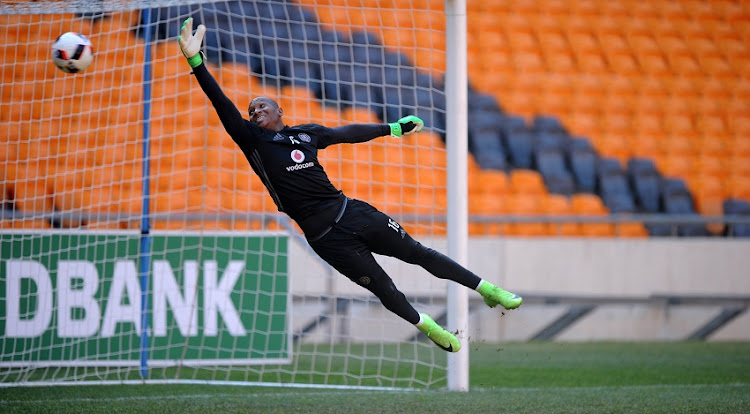 Jackson Mabokgwane is being lined up a possible replacement for veteran Shu-Aib Walters at Cape Town City as the coastal club shores up their squad while Orlando Pirates overhaul theirs.

The 30-year-old Mabokgwane‚ who has previously captained Bafana Bafana‚ lost his place in the Pirates goal in April and with the Buccaneers having added Brilliant Khuzwayo‚ from arch rivals Kaizer Chiefs‚ to their squad since the end of the last campaign‚ he is surplus to requirements.

City‚ at the same time‚ are on the lookout to add to their goalkeepers after letting Walters go.

Sage Stephens was their first choice last season and the club only have 24-year-old Damien van Rensburg‚ formerly at Lamontville Golden Arrows‚ as back-up.

Van Rensburg played a solitary game for Arrows in the Nedbank Cup two years ago before going to Milano United in the National First Division.

“We need a third goalkeeper but whether he is to be a number one or a number two is still to be decided; it all depends on what is available‚” said City owner John Comitis in a SABC radio interview at the weekend.

“We are very satisfied with Sage‚ but we do need someone to keep up the competition for a place in the team.

“We were trying to bring in a Slovenian goalkeeper but that didn’t work out so we are going back to the local market and hopefully in the next seven days we will sort it out.”

Mabokgwane was at Mpumalanga Black Aces when the club franchise was sold to Comitis but did not go with the rest of his teammates to the Mother City‚ moving instead to Pirates.

City met Pirates behind closed doors in the Mother City at the weekend and travel to Johannesburg on Wednesday to take on Bidvest Wits and Kaizer Chiefs in pre-season friendlies.

They take on Wits on Wednesday not long after arriving in Gauteng and Chiefs on Saturday before returning home on Sunday.