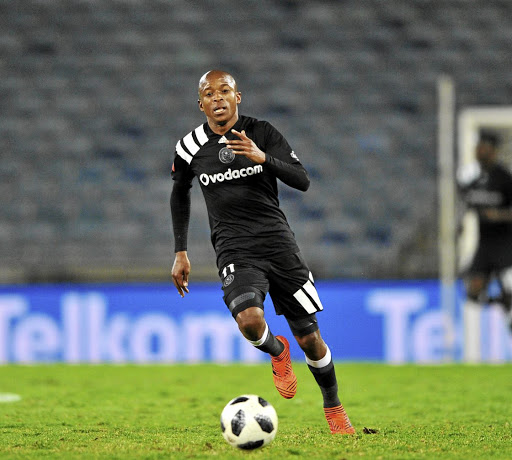 Five goals and seven assists for an attacking midfielder is nothing to brag about which is why Orlando Pirates winger Luvuyo Memela is aiming for a big improvement in the new season.

The five goals in 23 appearances were enough for the 30-year-old to win the club's Golden Boot accolade at Bucs' awards function last week.

Memela, who spent years playing in the National First Division [NFD] for, among others, Cape Town All Stars, was happy with his contribution but is well aware he can do more.

Not only it is in Pirates' interest that he takes his game up a notch, but also because the competition for the left wing berth has become stiff with the arrival of Kudakwashe Mahachi and Vincent Pule from Golden Arrows and Bidvest Wits respectively.

"I would say [the 2017/18 season] was my best, because I hadn't done well in the two seasons before. It was one of my best seasons, because I even scored against Kaizer Chiefs and Mamelodi Sundowns," Memela reflected.

He is already on the backfoot ahead of the new season, because he missed Pirates' pre-season trip to Zambia recently. Memela is recovering from a knee injury sustained towards the end of last season.

"For a big team, there will always be competition and you have to show how strong you are," he said.

Meanwhile, Memela is pleased to have Asavela Mbekile as his teammate. Mbekile has parted ways with Sundowns.

The duo spent five months on trial at Ajax Cape Town 12 years ago. They were unsuccessful, but have remained close friends.

"We have come a long way; I was turning 19 and we were on trial for five months when the coach was Craig Rosslee... we've been friends ever since," Memela added.