Marc Van Heerden confident he can revive career at AmaZulu 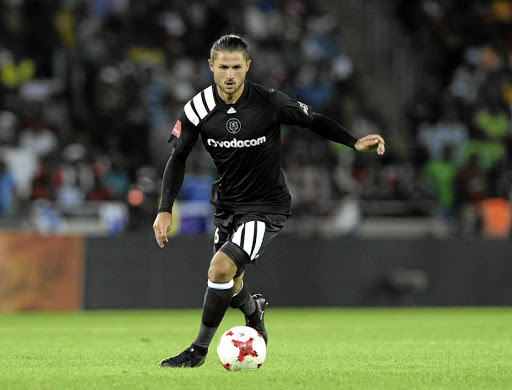 While he insists he holds no grudges against Orlando Pirates after managing only seven appearances in two seasons at the Soweto giants, Marc van Heerden is eager to prove his quality at AmaZulu.

Van Heerden joined Pirates in the 2016/17 campaign from Chippa United but found the going tough at the Buccaneers. His lack of game time is the reason he has returned to AmaZulu for his second spell with the club.

The 30-year-old left-back first joined AmaZulu in 2008, where he made his top-flight debut, spending almost a decade before joining Chilli Boys in 2016.

Van Heerden has 156 top-flight appearances under his belt.

"I do not hold grudges but I was stressed at Pirates. That's why I decided to come back to AmaZulu. I want to prove that I can still offer a lot in football." said Van Heerden.

"As much as I was frustrated because of limited game time, it was a huge learning curve for me. It is such times that make you to be a better and stronger person. I don't know why I did not play but I remained professional by doing all I had to do."

Without disclosing their names, the former Chippa defender says there were two other Premiership clubs that showed interest in his services before choosing Usuthu.

"There were two teams that were interested but I decided to join AmaZulu because of their ambitions. The club have huge ambitions. I want to be part of that.

"This club is very close to my heart. It's a space that I am familiar with. The move is also good for my family.

"We obviously want to win stuff. We will do our best to challenge for trophies," Van Heerden said.