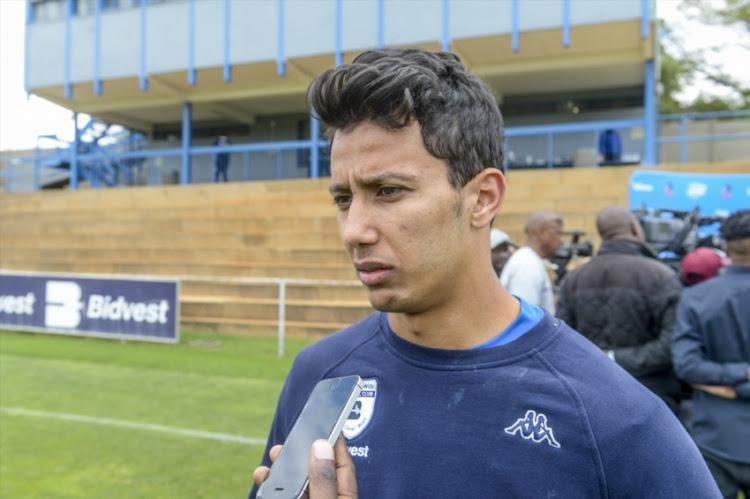 It is no secret that Mamelodi Sundowns coach Pitso Mosimane is one of former Bidvest Wits Egyptian striker Amr Gamal’s admirers and the mentor has even said the 26-year-old attacker reminds him of Manchester United great Eric Cantona.

“We’ll see [if we sign him]‚ he is a good player‚ you have to manage him well‚’’ said Mosimane about Gamal.

"He reminds me of Eric Cantona… and if you have a player like that you have to accept the way he is and make sure the team also love to be seeing him."

Gamal left Wits under rather unceremonious circumstances in March and while he said he’s flattered by Mosimane’s admiration‚ he remains contractually obligated to Egyptian powerhouses Al Ahly and his current deal at the club runs until 2021.

He joined Wits on loan from his native Egypt last August and went on to make 19 appearances‚ scoring five goals for the Students.

Gamal inspired the university club to the MTN8 triumph and subsequently won the Wafa Wafa competitions’ player of the tournament at the PSL awards last month.

“It is a nice feeling to hear that Pitso likes me but I am still contracted to Al Ahly until 2021.

"If he’s serious he must talk to Al Ahly‚ that we will (determine) if I come back (to SA) or not‚’’ said Gamal.

“I have not spoken to Pitso but I know that Sundowns have many foreign players and they have no place for another one.

"But it’s football… my friend we cannot say what the future holds.’’

Gamal is currently in Egypt after ending his loan stint with Finland outfit HJK Helsinki whom he linked up with after partying ways with the Clever Boys.

He is expected to link up with the Al Ahly squad when they report for pre-season sometime next month.