Soccer grannies having a ball at the World Cup 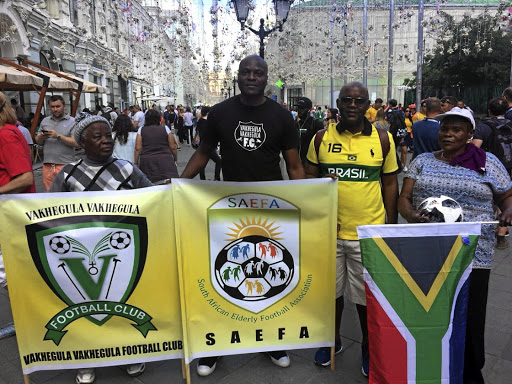 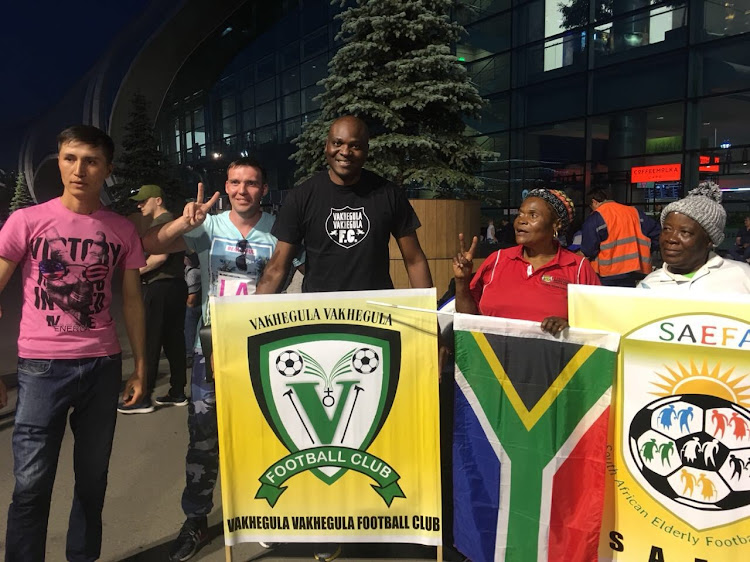 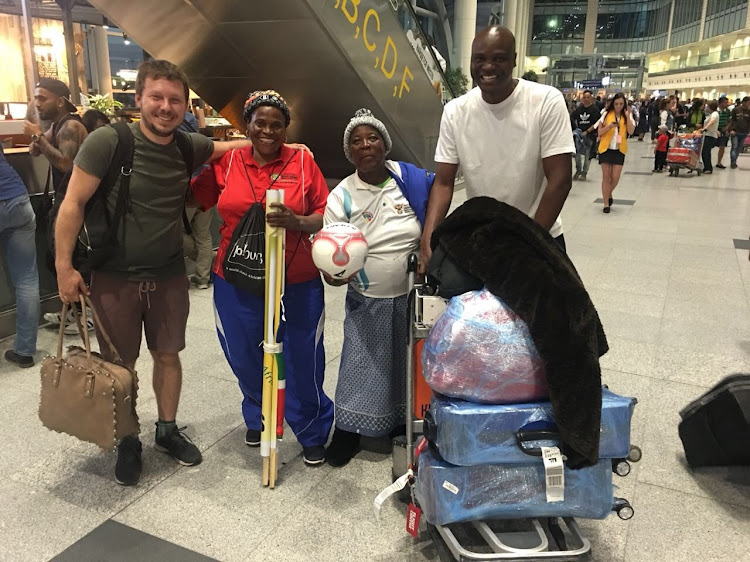 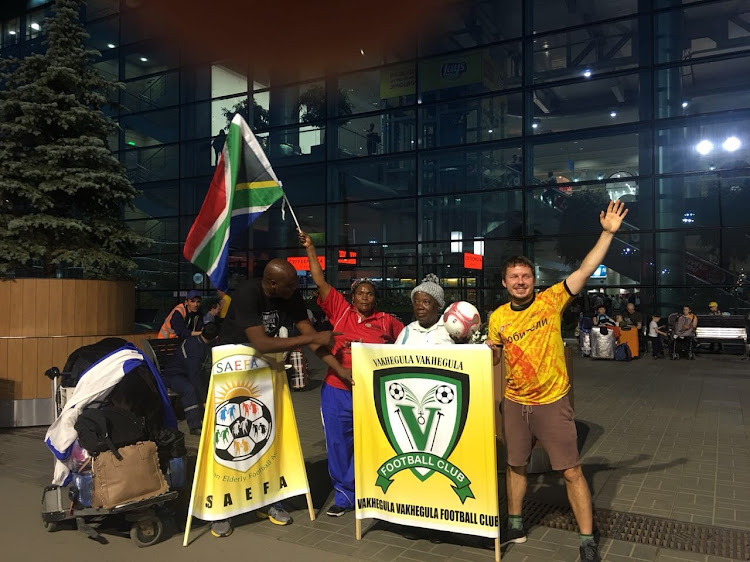 Bafana Bafana's absence at the World Cup in Russia has not stopped two grandmothers from attending the global showpiece.

Two members of Vakhegula Vakhegula football team from Nkowankowa in Limpopo touched down in Russia through Moscow's Domodedovo Airport on Monday.

Vakhegula, which means grannies in Xitsonga, are honouring an invitation to Russia for the Grannies Summer Football Championships. Unfortunately they will not be playing as they managed to send only two of their players.

"But on Thursday (tomorrow) before we fly back to SA, our two grannies will be joining the grannies team here called Buranovskie Babushki for some friendly game," Vakhegula team administrator Kanetani Mkhavele told Sowetan from Russia yesterday, before they watched the match between the hosts and Egypt.

"The trip is exciting, we arrived in Moscow around 9pm [on Monday]."

The grannies - Merriam Mushwana, 65, and Anna Kgofelo, 70 - are the lucky two to make it to the east European country.

The grannies also received a message of appreciation for their efforts to fly the country's flag from Safa president Danny Jordaan.

The team was established in 2006 by Munghana Lonene FM's Beka Ntsanwisi, or
Mama Beka as she's affectionately known to her listeners.

She presents a religious show called Sisimuka u Vangama on Sundays.

"I established the grannies' soccer team to keep older women aged 55 to 84 fit and healthy with exercises, and this has resulted in a tour to America and Brazil in the past," Ntsanwisi said.

"The intention was to send a full team [to Russia], but we were not getting the support until it was late.

"We have some friends there who were here for our World Cup in 2010 and they got to see Vakhegula Vakhegula, so they thought of the idea to invite the grannies from their villages in Russia now that they are hosting the tournament,"
continued Ntsanwisi.

Vakhegula Vakhegula will welcome a team from France next month for a friendly match at Nkowankowa Stadium in Tzaneen.

Earthquakes, acrobatics and memes: It’s been an intense first week of the soccer world cup in Russia. Here are some highlights from the first 7 days.