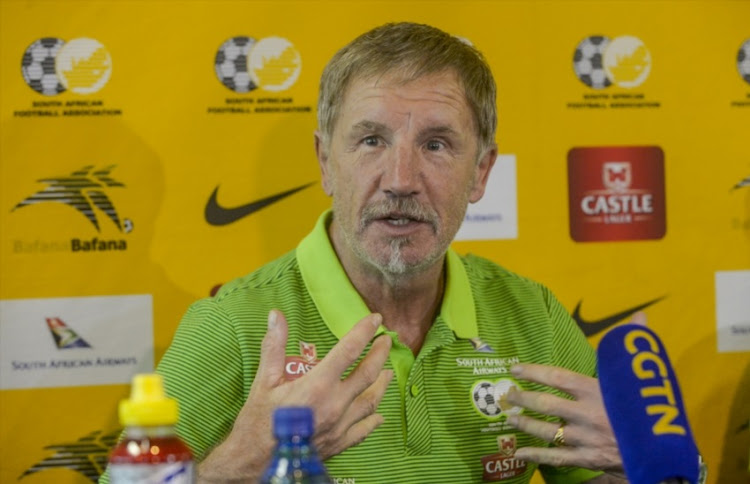 Bafana Bafana’s aims of introducing more young players to international football‚ handing more caps to others and perhaps identifying some who can perform for the senior squad were meet at the Cosafa Cup‚ coach Stuart Baxter said.

Baxter identified centreback Siyanda Xulu‚ left-back Maphosa Modiba and three-goal Lebohang Maboe as three players who raised their hands for a future call to the senior Bafana squad‚ if not for the Africa Cup of Nations qualifiers‚ which resume in September‚ then in the near to medium-term future.

The young‚ emerging Bafana disappointingly lost in the quarterfinals on penalties against Madagascar‚ but bounced back with two convincing victories‚ 4-1 against Namibia in the Plate semifinals then 3-0 against Botswana in Friday’s final.

Baxter said the aims of taking a young squad to the Cosafa had been met.

“It’s not right and fitting to point out one or two players who have done themselves a lot of good and I wouldn’t like to slaughter someone who I don’t think has been good‚” the coach said after the Plate final at Peter Mokaba Stadium.

“But certainly the players mentioned [Xulu‚ Modiba and Maboe] have not done themselves any harm at all.

“Siyanda‚ as captain‚ in a lot of ways he attacked the game tonight [against Botswana]. When they were putting us under a bit of pressure throwing balls into the far post area and trying to overlap with the wingbacks‚ then Siyanda was getting his head on a lot of those.

“And that’s leadership qualities‚ and that’s what we’re looking for.

“So I think the ones mentioned‚ and then maybe a few more. I thought Reyaad [Pieterse] was very solid throughout [at goalkeeper].

“I wanted to throw Bruce [Bvuma] on tonight but I don’t think it’s fair to throw him in for 20 minutes and hope he’s going to get the pace of the game.

“So there are a few. And in terms of the strategy that we had going into the tournament I think it’s been pretty much all aims and objectives have been met.”

Among other promising players at the tournament for Bafana‚ Egypt-based 19-year-old forward Gift Links impressed in the semi against Namibia.