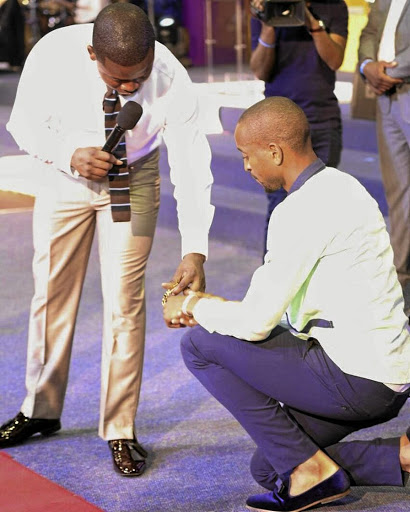 Mamelodi Sundowns midfielder Tiyani Mabunda has set tongues wagging after he paid homage to the controversial prophet Shepherd Bushiri during a man of the match award interview on Saturday.

Mabunda earned the award after putting in a stellar performance for his side in Saturday's 0-0 draw that saw them lift the Absa Premiership title for the 2017/18 season.

Mabunda thanked God for bringing the controversial man of cloth into his life.

"First of all I would like to honour the grace of my father major prophet Bushiri."

Steph Gareth questioned if Bushiri's followers were a part of a cult.

In December, shortly after scoring a screamer against the same team, Mabunda brandished his Adidas soccer boot with the words "God of Major1".

Mabunda is an avid follower of the Enlightened Christian Gathering Church.

Bushiri is embroiled in a number of legal battles. He went to the courts to prevent body and luggage searches at airports.