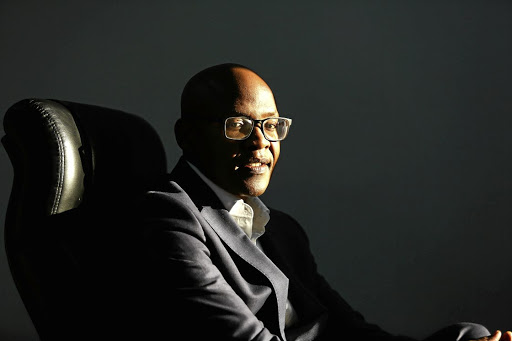 The SABC is embroiled in a bitter battle with The New Age newspaper and its new owner Mzwanele "Jimmy" Manyi over R144-million in alleged unpaid fees for the canned New Age breakfast briefings.

The battle is unfolding in the South Gauteng High Court in Johannesburg where the SABC filed an application to declare the contract it signed with The New Age (TNA) illegal and unconstitutional.

It is also playing out at the Arbitration Foundation of Southern Africa (Afsa) following TNA's complaint that the SABC was refusing to honour its contractual agreement by not making the payments.

According to court papers seen by Sunday World, the SABC said in its application the contract signed with TNA, previously owned by the controversial Gupta family, was concluded in contravention of the Public Finance Management Act and against the SABC's procurement policy framework, which states that all contracts above R2-million should be advertised and approved by the board.

The affidavit, filed by Refilwe Lefakane on behalf of the SABC, further states that the main agreement signed between the SABC and TNA was structured as a partnership and was supposed to be regulated by group supply chain management and the preferential procurement policy of the public broadcaster.

The instructions given to legal services was that the agreement should be for 12 months from March 2012 and the SABC was set to receive all revenue generated through advertising and sponsorships.

"However, the agreement with TNA was concluded for a duration of 36 months and the revenue generated went to TNA, contrary to the above instruction," said Lefakane.

Lefakane said the two parties had also signed another agreement in April 2013 in which they agreed to host an additional event called Face of the People once a month. The show was to be broadcast live on Sundays on SABC1, but the agreement was never implemented.

According to the papers, the parties had signed agreement titled Renewal and Amendment on February 20 2015.

These amendments effected changes on the broadcast dates for the business breakfast briefings and it was also agreed that the SABC was to give TNA an additional R4.5-million worth of airtime.

Some of the changes to the agreement included termination of contract terms, which were changed from three months notice to 12 months.

The contract also effectively allowed TNA to host four events monthly on SABC's flagship news show Morning Live and also removed editorial control from the SABC, stating that "TNA shall not be obliged to submit all media communications to SABC for approval prior to printing or broadcast".

The SABC said the contract renewal and amendment was illegal and unconstitutional.

According to the papers, the agreement was finally terminated on June 6 2017 by SABC's interim board deputy chairman Mathata Tsedu and the SABC's acting COO Bessie Tugwana in a meeting with TNA representatives.

Some employees ANN7 have refused to resign following their affiliation with a rival television station.
News
4 years ago

Lefakane said Tsedu and Tugwana informed TNA that the public broadcaster had decided to amicably terminate the contract and stated as reasons for the decision that the SABC was not in a financial position to continue with the contract.

Tugwana and Tsedu also responded to TNA's letter on June 7 2017 informing it that they were only prepared to honour one last business breakfast briefing which was scheduled for June 9 2017.

However, the letter was not the last of the disagreements between the two parties on the deal. TNA, through its attorneys Gani Mayet Attorneys, wrote a letter to the SABC accepting its decision to terminate the agreement but argued that the decision was without lawful grounds. They also had instructions to claim R85-million from the SABC in damages suffered by TNA as a result of the termination of the contract.

Gani Mayet Attorneys wrote another letter to the SABC asking it to provide reasons or a basis upon which it was disputing its indebtedness.

However, before the SABC could respond, it received a letter from the Afsa, giving it notice of TNA's referral and calling for it to file its statement of defence on April 3 2018. TNA was now demanding more than R144-million in damages.

The SABC was still adamant that it was under no obligation to pay the amounts.

The SABC, in its application to court, has also applied for an interdict to stop the Afsa from continuing with the arbitration on the matter.

It asked the court to make an order to compel TNA and Afsa to wait for the outcome of the probe of the special investigating unit and state capture inquiry, which is yet to commence.

Manyi confirmed knowledge of the application by the SABC, but said he could not comment as the matter was sub judice.

SABC acting spokeswoman Mmoni Seopelo said: "This matter is before the courts and we are unable to comment on it."

Owners of a new television company are accusing ANN7 boss Jimmy Manyi of ill-treating workers.
News
4 years ago
Next Article