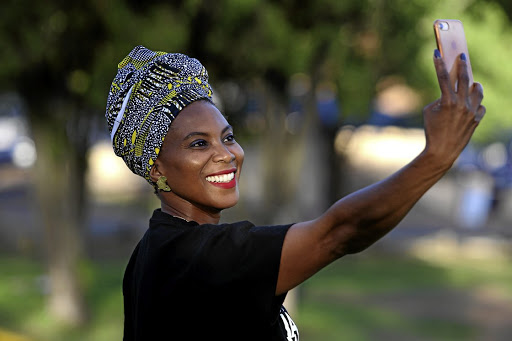 Penny Lebyane knew something was amiss when her access card was blocked, her make-up team absent and her wardrobe removed.

These are some of the signs, the seasoned broadcaster revealed, that preceded her being taken off Sunrise, the e.tv breakfast show, after three years.

Lebyane told Sowetan that her contract negotiations were handled badly and accused the free-to-air channel of poor communication.

Lebyane said things changed when her three-year contract was extended in September, as it was in the middle of a financial year.

She was asked to carry on presenting until March 31 2018.

"In January I started hearing that they were looking for new presenters and I resigned myself to the fact that my contract would not be renewed."

She said she was called by the channel to say that they were restructuring and outsourcing the show.

A new breakfast show that replaces Sunrise is set to premier this Monday on e.tv.
Entertainment
4 years ago

She had asked for this to be put on e-mail, but that never came through.

What ensued was a series of calls and e-mails that never reached a conclusion until April 2, when she was asked not to present.

"I came to work and found my access card was blocked, but I asked security to let me in. My make-up team was not there, my clothes removed, so I went on air with my own clothes.

"It has happened before.

"But I reminded him that they hadn't answered my questions about the terms of my new contract.

"I work with a team. I told him that he was causing trouble and being divisive."

"I knew about the new show and I wish the team the best, but I'm not going to be disrespected by a company I gave three years of my mornings to.

"People in management are hypocrites and they treat people like slaves. There were racial prejudice and undertones so condescending but that's not my place.

"They can't say the show wasn't performing well because of me, hell no. Or that it wasn't making money,

"I know that for an outside broadcast it could make R1.2-million at a go."

Another show, Marriage Case, is in the works.

When e.tv asked if the contract could be extended for the month of April, Penny unfortunately had family obligations that conflicted with business operations and therefore the company opted to utilise another contractor."