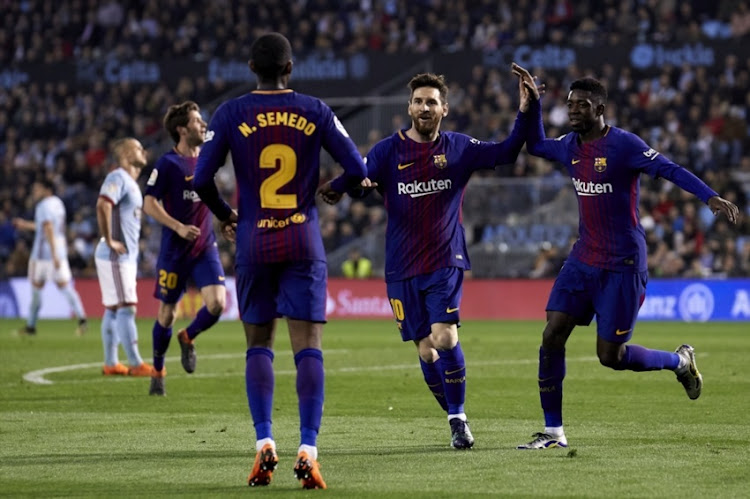 Sundowns have requested that the Confederation of African Football push back the game for a week and that they now take on Horoya of Guinea in Conakry on May 22 instead of May 15 as originally scheduled.
Image: GETTY IMAGES

Mamelodi Sundowns have asked‚ and are likely to be granted‚ a postponement of their next African Champions League tie in order to play against Barcelona in a friendly at Soccer City on May 16.

Sundowns have requested that the Confederation of African Football push back the game for a week and that they now take on Horoya of Guinea in Conakry on May 22 instead of May 15 as originally scheduled.

CAF have officially not confirmed the change but their officials told SowetanLIVE that it was all but a “done deal”.

It will come as a great relief to the South African champions as they faced the prospect of playing in West Africa on Tuesday‚ May 15 and then having to hot-foot it – presumably by expensive charter – back home overnight before the prestige friendly against the Catalan giants the next day at Soccer City.

Sundowns‚ who opened their Group C campaign with a 1-1 home draw against holders Wydad Casablanca of Morocco in Atteridgeville on Saturday night‚ face a tough tie against Horoya‚ who won their opening group game away in Togo‚ also on Saturday.

The postponement has been agreed because Sundowns have invoked the name of Nelson Mandela and say the game is to celebrate the 100th anniversary of the birth of the statesman‚ which falls on July 18.

This is also the argument they have used with the Premier Soccer League‚ who five years ago told Ajax Cape Town they could not host Liverpool just a handful of days before the Nedbank Cup finals because the PSL did not allow any friendly matches against foreign teams while the season was still on-going.

The league now faces charges of double standards‚ happy to allow Sundowns to play but denying Ajax the chance of a prestige friendly in 2013.