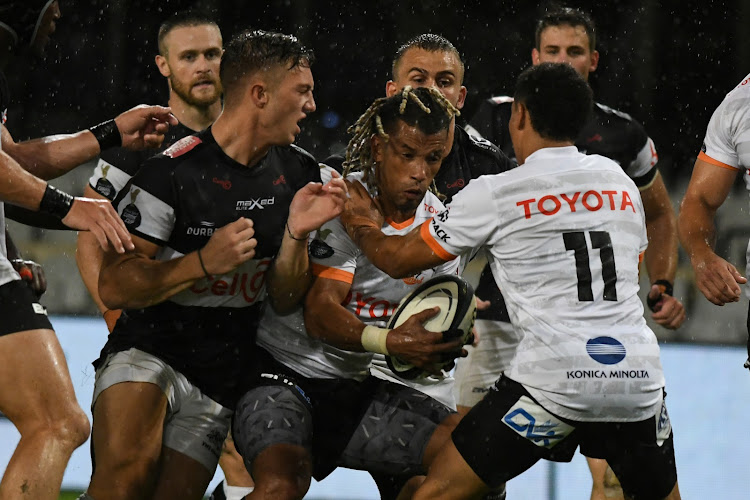 Cheetahs coach Hawies Fourie is thrilled that the first part of their mission to conquer the Currie Cup has gone according to plan, but insists there’s still a lot to do.

The Bloemfontein-based side will head into the Currie Cup next round with a clean record of six wins from as many matches after their 29-15 victory over the Sharks in Durban on Wednesday.

Fourie’s men are the only unbeaten side in the domestic competition so far and they are looking to lift the trophy for the first time since 2019.

“It’s a great achievement, we set high standards and goals for ourselves,” Fourie said.

“We wanted to be top of the log, but it’s only 50% of the competition that is done and there is a lot of work that still needs to be done and hopefully the weather will change.

“We have played three of our six games in wet and humid weather, hopefully the second round there will be better weather for us to play our brand, to play real Cheetahs rugby.

“But you’ve got to adapt to conditions which we did really well in those three games that I’ve mentioned,” he said.

At the halfway mark, the Cheetahs lead the standings by 26 points with the Bulls right on their heels by 25 points after the Pretoria-based franchise's easy 49-17 bonus point victory over the winless Lions on Wednesday.

While they had prepared for the humid Durban weather for Wednesday's clash, Fourie admitted they never anticipated rain.

The coach commended his players for how they adapted well to the conditions and managed to outclass the Sharks in the ‘Tank’.

“We really wanted to win the game to stay on top of the log and it was difficult conditions, so we had to change the game plan a little bit,” Fourie said.

“We prepared for a little bit of humidity because I looked at the weather forecast for 10 days in a row and they never forecast any rain for Durban except for Friday and Saturday.

“I’m proud of how the players reacted, it was totally different than what we expected and planned for and they stuck to the plan, stayed patient and when we got to their 22 we scored some points.

“I’m a bit dissatisfied that we didn’t get the bonus point. I'm still happy with the win.”

The Cheetahs are now on a break until Friday, April 15 where they will return to action against Western Province, who are currently second from the bottom of the log table with just seven points from six matches.

“It was a good effort and it’s a welcome and deserved break for the players now. We have given the players a week off and we will start to prepare for Western Province again,” Fourie said.