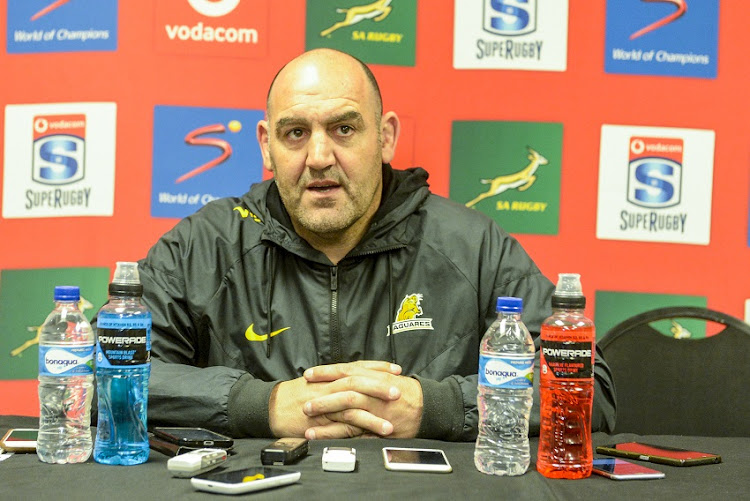 Head coach Mario Ledesma is not expecting New Zealand to underestimate his Argentina side for a second time when they face off in The Rugby Championship on the Gold Coast on Sunday.

The Pumas recorded their first-ever win over the All Blacks in Sydney last November, securing a 25-15 victory over the three-time world champions despite coming straight out of quarantine.

"(The All Blacks) haven't cracked a lot in the last hundred years," said Ledesma. "We got pretty lucky last year and I thought maybe they were expecting a different kind of game.

"Last year we came into that game without playing for eight months, so maybe we were underrated or they took things for granted. I don't think they'll do the same mistake this year."

Rejoining the Pumas will be experienced playmaker Nicolas Sanchez who scored all of his team's points in last season's victory.

Argentina have arrived in Queensland via a circuitous route that saw them defeat Romania in Bucharest in early July before facing Wales twice in Cardiff, where they notched up a draw and a win.

The Pumas then lost back-to-back meetings with world champions South Africa in Port Elizabeth in the opening two rounds of this year's Rugby Championship.

Although last year's maiden win over the All Blacks was followed two weeks later by a 38-0 loss to the New Zealanders, the joy of that victory in Sydney remains fresh in the minds of all associated with the Pumas squad.

"We'll try to make it business as usual, but obviously it's in everybody's memory that game," said Ledesma. "Not only for us, but for Argentinian rugby it was a big deal.

"Whenever you ask an Argentinian player who do you want to play against, everybody would say the All Blacks. So it's always special."