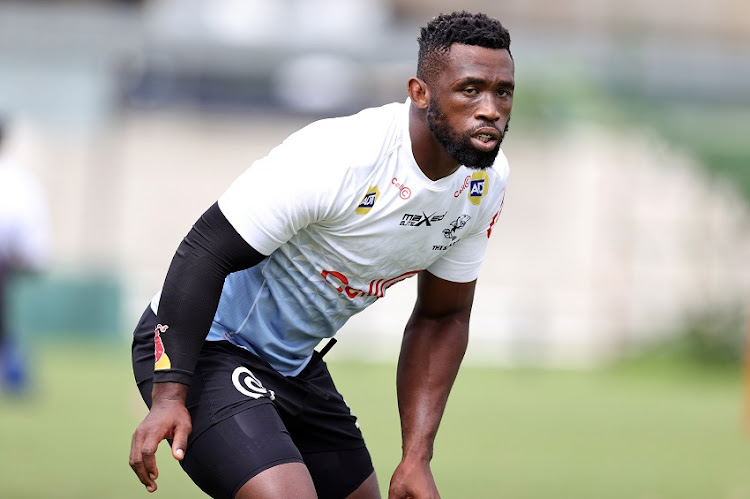 Springbok captain Siya Kolisi will make his long-awaited debut for the Sharks after he was named in the starting line-up for their Preparation Series match against the Bulls at Kings Park Stadium on Friday.

In his squad‚ Sharks coach Sean Everitt included some of the players who were part of the conditioning group including Kolisi who will start on the side of the scrum with Ox Nche and Thomas du Toit returning to the front row.

Elsewhere‚ Ruben van Heerden will partner his namesake Emile in the second row with Henco Venter and Sikhumbuzo Notshe completing the back row.

“It was lovely to take the field again‚” said winger Yaw Penxe who has also been named in the starting line-up.

“It’s going to be a big one‚ I assume the Bulls will also play their senior players. It’s going to be a huge clash‚ one we’re really looking forward to. There’s a vibe amongst the boys‚ a lot of excitement.” Penxe added that their mission in this Preparation Series is not so much about the results but in creating finesse around the style of play‚ the game plan and developing depth.

“We did achieve what we wanted to in fine-tuning our processes‚ and in our losses‚ it was discipline here or there or just minor errors. Going into this final game‚ we’re looking to put everything into place and hopefully put in a really proper performance.”

Bulls coach Jake White has continued to rotate his players with Blitzbok Tim Agaba coming into the starting lineup at blindside flank and Werner Gouws shifting to openside.

Janko Swanepoel will wear the no.5 jumper while there is a completely new front row in Springboks' Marcel van der Merwe and Lizo Gqoboka while Schalk Erasmus gets another opportunity to impress in the no.2 jersey. Richard Kriel (fullback)‚ Madosh Tambwe (right wing) and Zak Burger (scrumhalf) retain their spots from last week's thrilling win over against the Stormers.

A new centre partnership will front up against the Durbanites with Marnus Potgieter and Dawid Kellerman entrusted with the responsibility while Diego Appollis will be on hunt for tries on the left wing.

Veteran Springbok flyhalf Morné Steyn returns to add valuable experience in what is a youthful backline and the bench has also been adjusted significantly with Jacques van Rooyen being named as a replacement after starting last week.

“We have our last warm-up this week and we could not ask for better opposition in the Cell C Sharks. It's our first meeting since our Carling Currie Cup final battle and they'll want to get one over the champions‚” said White.

“We've continued in our rotation with the focus being on gaining experience throughout our larger squad. The Sharks have a strong squad which ultimately provides the foundation for another tough encounter but the gents are more than ready to throw their bodies on the line to secure a victory‚” added White.