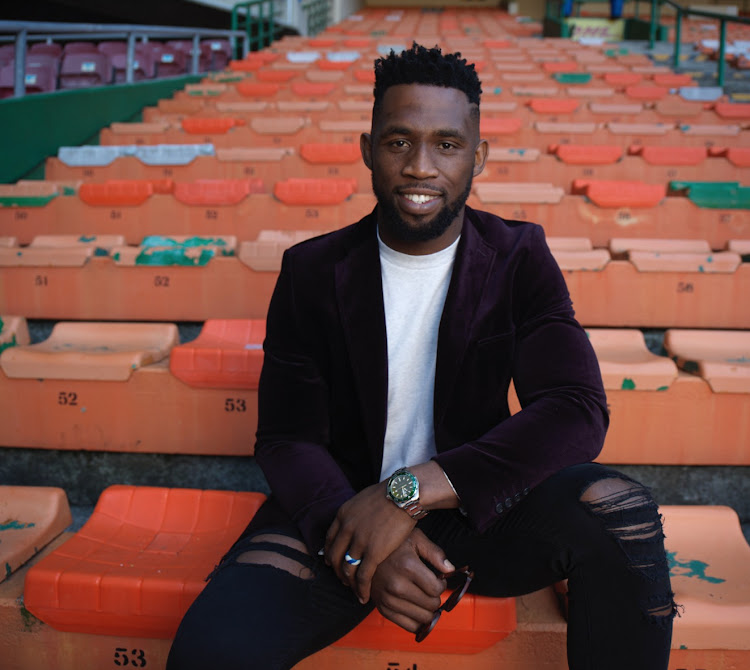 Springboks captain Siya Kolisi is expected to be unveiled by the Sharks this coming week.
Image: Supplied to Arena Holdings

Rugby World Cup-winning captain Siya Kolisi has ended his 11-year stay with South Africa’s Stormers and is expected to be unveiled by the Durban-based Sharks in the coming week.

The move has long been mooted, with Western Province Rugby confirming on Sunday they had released Kolisi early from his contract, which was due to expire at the end of October, having accepted a transfer fee from an unnamed team.

The loose-forward is the second-most capped player for the team in Super Rugby with 118 appearances, just behind Schalk Burger (123), though the Cape Town-based side and the Sharks will compete in Europe’s Pro14 competition from 2021.

Kolisi, 29, captained the Springboks to their 2019 Rugby World Cup triumph and is a hugely popular figure in the country with a rags to riches story.

His move to Durban follows the acquisition in January of a 51 percent stake in the Sharks by a United States consortium, MVM Holdings, that is headed by South African-born New York attorney Marco Masotti.

Kolisi said that he will always cherish the memories of his time with Western Province Rugby.

“I would like to thank everyone at Western Province Rugby for what has been an incredible time in my life in which I have grown as a rugby player and a person.

“All of the coaches, management and teammates who had such a big influence on me over the last 11 years and especially the DHL Stormers Faithful and people of Cape Town and beyond who made my time with the union so special. It has been a privilege to experience their support,” he said.

The Stormers cead coach John Dobson wished Kolisi well and thanked him for his significant contributions over the years.

“Siya Kolisi will always be a DHL Stormers legend, his story is well-known throughout the world and everyone here is grateful to have played a role in that. We would have loved for him to stay and finish his career where it started, but we wish him all the best.

“We have always done our best to retain the world-class talent we have at the union before looking elsewhere and we are looking forward to announcing some significant contract extensions with some of our experienced players in the near future,” he said.