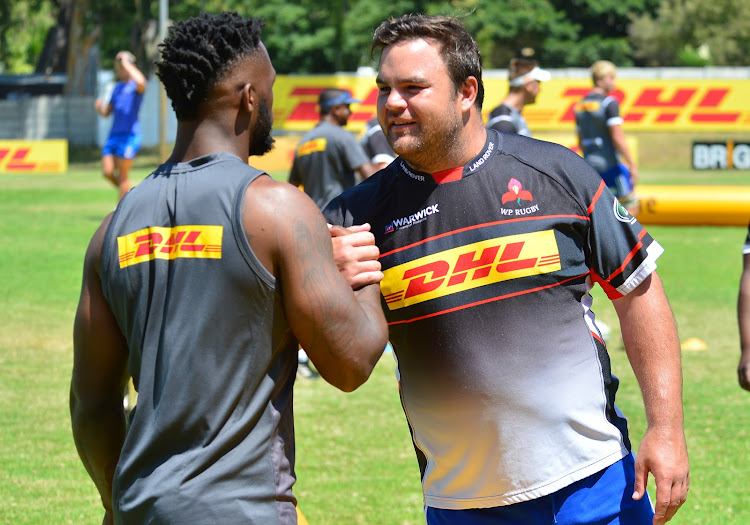 South African rugby franchises appear to have been spared any significant escapees from the 21-day open window to players who wished to get out of their contracts.

With the deadline approaching midnight Wednesday (13th) the franchises are all expecting to retain their top players‚ despite the pay cuts and uncertainty around the resumption in play as a result of the Covid-19 pandemic.

As a desperate cost saving measure SA Rugby and the player’s union had agreed on a mechanism to allow players a 21-day window to get out.

Despite reported interest in world player of the year Pieter-Steph du Toit‚ the Stormers are expecting their backrow star‚ as well as tighthead Frans Malherbe‚ who was also linked with a move abroad‚ to stay put.

Montpellier‚ who had reportedly made Du Toit a world record offer‚ has denied making advances. In the absence of solid information to the contrary Stormers coach John Dobson is expecting his marquee players to remain in the Cape.

He would be seriously taken aback by any shock‚ late developments.

“If a player thinks he has right up to the 13th to tell us whether he is leaving and then tries to exercise that right it would be a massive breach of rugby trust. Let’s put it this way‚ if a player did that he wouldn’t be leaving here with his reputation intact‚” said Dobson.

Even if a franchise learns of a player’s intention to move‚ their hands are tied as they are not allowed to make a counter offer as they’d be in breach of the cost saving mechanisms they have all signed up to.

“There is another element to it. Rugby is meant to be a sport high on the concept of fair play and the fraternity aspect. Anyone feasting on the carcasses of entities trying to adapt to the challenges posed by this virus is going against all ethical principles.

“It’s almost like Neo colonialism. Think about it‚ we have a nation at the bottom of Africa with certain constraints imposed on them‚ in terms of salary reductions‚ the declining rand and the like. To exploit that situation at this time of global crisis‚ when the world is meant to be pulling together‚ is a bit like picking at carrion. It goes completely against the spirit of what we need to be doing at this time.”

The Stormers have confirmed the departure of utility back Dillyn Lleyds who had concluded a deal with French club La Rochelle back in March.

Another Springbok‚ tighthead prop Wilco Louw‚ has also been given the all clear to joined Harlequins in London.