Things get serious in quarterfinals in Japan 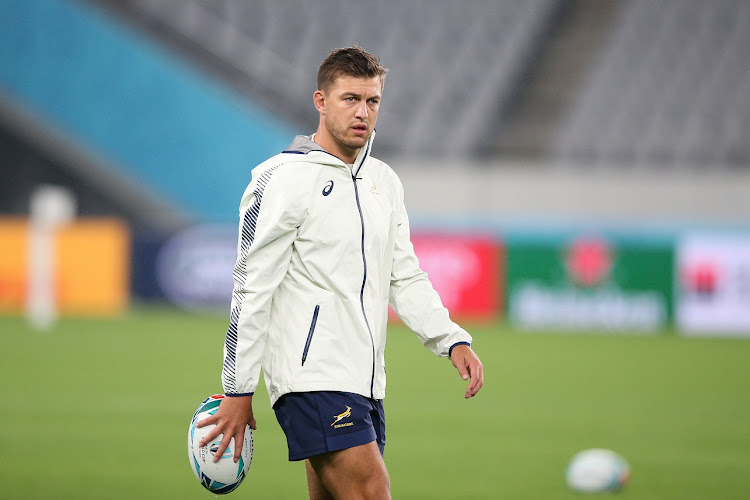 Despite going up against a team widely celebrated for their attacking prowess it is in fact the Springboks who go into the quarterfinals of the Rugby World Cup (RWC) as the highest points and try-scorers in the competition.

Of course those numbers are partly skewed in their favour because they had played one match more than New Zealand, England and France but it is a position that will nonetheless please the Bok management ahead of Sunday’s quarterfinal against hosts Japan.

Flyhalf Handre Pollard has contributed richly to that position in the process of becoming the Springboks’ leading points-scorer in RWCs. He has amassed 115 career points in the competition.

As much as the Boks would want to get onto the front foot the match will also be about containment. Japan’s freestyle brand of rugby has attracted many admirers but the Springboks are hoping to plug the gaps with men who will be difficult to run around.

Players like Tendai Mtawarira, who will start a Test for the 100th time this weekend, and the rest of the tight five will probably have to make more tackles than is ordinarily expected of them.

Enough talk of ghosts and hosts for the Springboks: it’s time to beat Japan

The spectre of an early Rugby World Cup (RWC) exit has loomed large over the Springboks almost from the very start of the tournament.
Sport
2 years ago

Japan have already stated they wish to play a match in which the ball will be in play for 50 minutes. That will require a lung-busting effort but equally it does not require a leap in imagination to figure out the Bok forwards will try and hold onto the ball for as long as they can.

In Oita, the clash between Australia and England is as much a match contested by the two sets of players as it is the coaches Michael Cheika and Eddie Jones.

Both have been extremely vocal in the build-up and one of them is likely to be a sore loser after the final whistle. This match-up doesn’t need the coaches to get the emotions going. These teams have RWC beef.

Australia and England will clash for the seventh time at the RWC. Both have won three of the six encounters.

England, however, have won eight out of the last nine clashes against the Wallabies. They’ve won their last six straight, which is the longest winning streak in this match-up.

The Wallabies, however, won the last big one that mattered at Twickenham at the 2015 RWC. It helped set England on a path out of the tournament.

Japan have extra incentive to down the Springboks

As if they need to be stirred up into greater frenzy‚ Japan will have extra incentive to down the Springboks in the Rugby World Cup (RWC) ...
Sport
2 years ago

These teams have met 50 times with the Wallabies winning 25 and one ending in a draw.

New Zealand and Ireland clash in Tokyo in what is becoming an increasingly hyped match-up.

Ireland, who failed to beat the All Blacks in their first 28 attempts, have now won two of their last three against New Zealand. They suddenly have belief.

Ireland’s 16-9 win in Dublin last year was the only time in Steve Hansen’s 104-Test tenure that the All Blacks were restricted to single digits.

Irish hopes, you sense, rests on the shoulders of flyhalf Jonathan Sexton. If he has an off-day it can become a long day for Ireland.

Wales go into their quarterfinal with France in Oita as the clear favourites. They are favoured not just because of a recent 14-match unbeaten run but because of their excellent record against France. They have won seven of their last eight matches against the Tricolores.

However, not much separated the teams in their last three matches.

Wales have a very pragmatic approach. Much of their advances are made through identifying a weakness and exploiting it mercilessly. France have many frailties but they can also delight when the mood grabs them. If there is going to be an upset in the quarterfinals it is most likely in this one.

Much like the Springboks a day earlier Japan has largely stuck to their guns in selection making just one forced change to their team that beat ...
Sport
2 years ago

“Do you remember…?” and in the case of the Springboks it is not the 21st but the sixth of September.
Sport
2 years ago

It is Japan's stated aim to up the ante even further when they play South Africa in their Rugby World Cup (RWC) quarterfinal here on Sunday.
Sport
2 years ago
Next Article