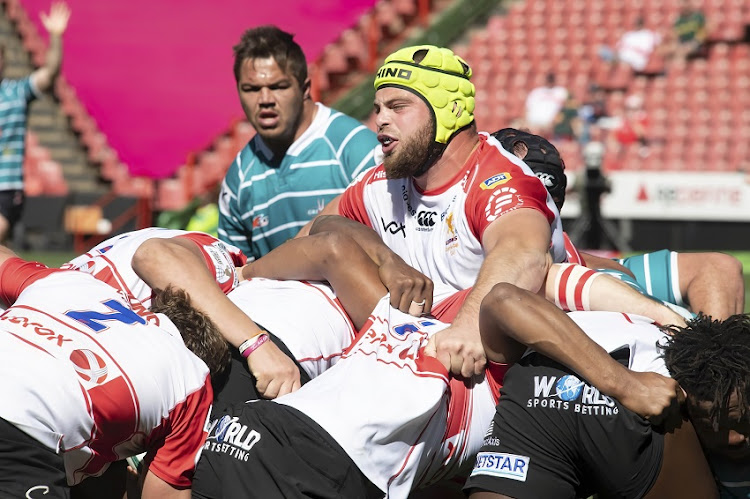 They are relieved but the Golden Lions know they were far from convincing in their Currie Cup‚ semi-final win over Griquas at Ellis Park on Saturday.

Although they were clearly the superior side in the tight exchanges‚ as well as on defence‚ they will have to improve by being more clinical when they meet the Free State Cheetahs in this Saturday’s final in Bloemfontein.

The last time the teams met in the final was in 2007 when a Willem de Waal conversion separated the sides in a 20-18 win for the hosts in Bloemfontein.

The 34-19 semi-final scoreline sounds convincing enough for the Lions in their win over Griquas but the issue was only put beyond doubt with four minutes to go when Marnus Schoeman crashed over from a marauding maul.

The Lions squandered a number of scoring opportunities‚ something coach Ivan van Rooyen put down to the occasion.

“It was a typical‚ nervous semi-final‚” he said about his team’s high error rate when they had the opposition on the ropes.

Van Rooyen is happy‚ however‚ that his team is at least playing themselves into positions of promise.

“We created a fair bit. It’s about polishing the finishing‚ and the decision making. It is a thing we will work on‚” he vowed ahead of the final.

Another area that may also require some revision this week is his team’s discipline.

Griquas stayed in the game‚ largely through the impeccable boot of flyhalf George Whitehead.

“You can always work on discipline‚ especially at ruck time. It is a coachable thing‚” Van Rooyen assured.

The Lions however will be buoyed by the work they did up front.

Although they conceded a few penalties in that area‚ their scrum was largely in the ascendancy.

“In the last year or two there is not a lot of attacking rugby off scrums. To have the platform to attack is nice. It is good for the outside backs to get ball in a bit of space.”

Van Rooyen said his team will also take a lot from their defensive effort.

The only try Griquas scored came as a result of a favourable ricochet from one of the uprights from a Whitehead penalty.

They Cheetahs however‚ are unlikely to rely only on good fortune.