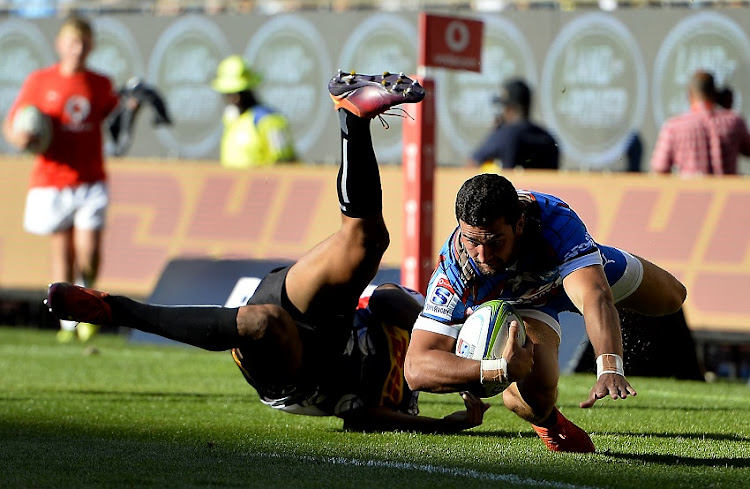 Earlier in the week Waratahs flyhalf Bernard Foley extolled the virtues of being away from Sydney where controversial teammate Israel Folau’s code of conduct hearing is taking place.

Frankly, there was no place to hide once this match kicked off. The Bulls’ forwards snorted with intent and although their backs weren’t at their free flowing best, the grunt of the pack served to strangle the visitors, but only just.

The Bulls tightfive was exceptional throughout. Lizo Gqoboka and Trevor Nyakane proved immovable objects in the scrum, while RG Snyman produced his unique brand of masculinity and razzle dazzle.

Their dominance upfront wasn’t reflected to its fullest extent on the scoreboard. An oddly at odds Handre Pollard hardly helped their cause, while defensive aberrations threw the Waratahs the occasional life line.

The Bulls seemed to hold them at arms’ length but converted tries by Kurtley Beale in the 52 and left wing Curtis Rona in the 68th minute drove home the gravity of the situation.

The Bulls however re-established their advantage when Simphiwe Matanzima crashed over for what proved to be the match winning try.

The first half was pretty much illuminated by a moment that typifies the way in which Vermeulen goes about his rugby.

Vermeulen’s effort was one which required anticipation, guile, dexterity, a turn of speed, endurance, not least the ability to jump out of a tackle like a giraffe from the clutches of heel snapping lion.

Vermeulen wonderfully read the Waratahs’ first pass from a line-out 10m outside the Bulls 22, and while his ability to collect the pass with no defender in front of him appeared to hold much promise, visiting left wing Rona went in pursuit of his meaty target.

Just when it looked as if Rona would bring down the Springbok No8, Vermeulen somehow found the energy to buck like big cat prey.

A dismissive left hand also helped him slip the clutches of his pursuer and the crowd was in raptures.

It was however the Bulls scrum that dominated proceedings here. After Cornal Hendricks was forced to carry over necessitating a five-metre scrum in the first half, the Bulls forwards simply shoved the visitors off the ball.

They repeated it from five-metres out later in the half. The theme continued in the second half.