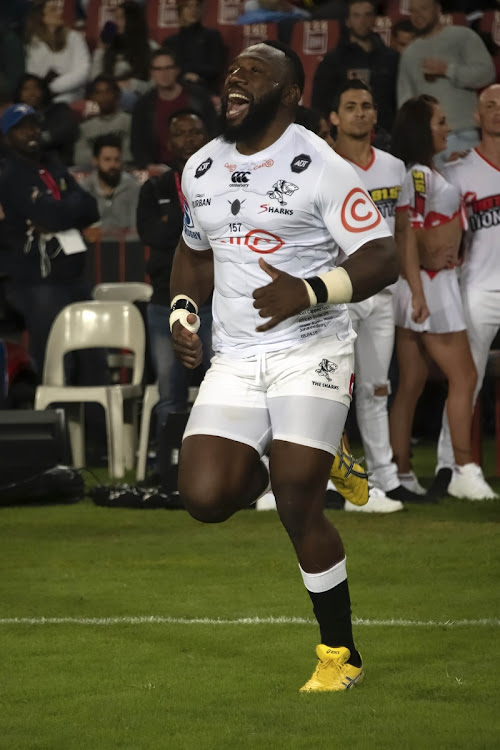 Sharks coach Robert du Preez had a chilling message for those who think his side can’t top their 42-5 Super Rugby demolition of the Lions at Ellis Park on Friday night.

“We don’t want to maintain it [that form]. We want to do better. It is reset on Monday. Back to the basics‚” said Du Preez.

His team toppled the former conference pacesetters thanks to unrelenting intensity in their best display of the season.

“No performance is ever complete. That was a pretty good performance and it was a long time coming.

“I was hoping it would happen in this game. We’ve got a great plan. Last week against the Bulls all the stats went our way except the game. I knew it was going to happen some time‚” said Du Preez.

Sharks need all the Beast they can get from Mtawarira

It’s at this point in the season where the Sharks need all of Tendai “Beast” Mtawarira’s 157-match Super Rugby experience ahead of Friday’s clash ...
Sport
2 years ago

Asked about the performances of Curwin Bosch‚ Lukhanyo Am and Andre Esterhuizen‚ the coach pointed to the collective. “They all played well. One to 23‚” said the taciturn Du Preez.

The result left the Lions with much to ponder. Coach Swys de Bruin didn’t quite know where to start his inquest.

“I’m very disappointed. It was the same against the Bulls. Physically‚ they had us from the word go‚” he said.

“It is a thing we have to get right. We were not up to it. We were never‚ never in this game.

“Why? I don’t know. I’ll start with myself and see what we did wrong. They were just all over us physically‚ especially at the ruck.”

Sharks coach Robert du Preez has opted to stick with his namesake son at flyhalf while Curwin Bosch and Aphelele Fassi swap places at fullback for ...
Sport
2 years ago

This season visitors to Ellis Park have generally made fast starts.

“It is hard to pinpoint it. We need to sit down as a group and ask why we don’t start well. That is the biggest thing to work on‚” acknowledged De Bruin.

He bemoaned his side’s lack of effort. “I’m not here for winning or losing. I’m here for effort‚ character and guts and I didn’t see that. It is a real concern.”

De Bruin welcomed the fact that his team now go on tour as it will afford him the opportunity to properly familiarise himself with his players. “Let’s just get on the plane. I think it is perfect timing.”

Regular captain Warren Whiteley is expected to return from injury during the tour.