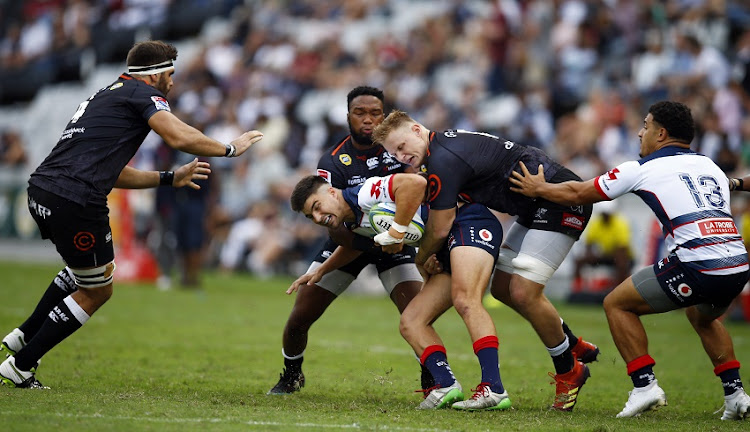 The Sharks beat a predictable path in subduing the Melbourne Rebels in Durban on Saturday evening.

They went the confrontational route, kept bashing, and eventually wore the Rebels down in a match that arrested their mini slump which saw conference defeats to the Stormers at home and the Bulls away.

The benefit of a bye however allowed them to reset, and although they weren’t firing on all cylinders, they did enough to quell what the Rebels threw at them.

The visitors were again full of trickery and invention but they simply lacked the white knuckle grunt to compete with the Sharks.

They again exhibited poor discipline, especially in the first half. Against the Lions a week earlier they conceded a whopping 20 penalties while only one went their way.

That left their coach Dave Wessels incredulous and he would have been filled with similar sentiment at the break. The Rebels could have done with the experience of the influential Will Genia  and captain Dane Haylett-Petty who both sat out.

That they were only two points off the pace at the break having conceded nine penalties is testament to their ability to absorb pressure and to attack space when they had sniff a chance.

Sharks flyhalf Robert du Preez, who has operated at an 80 percent success rate off the kicking tee this season, could have handed the hosts a bigger lead going into half-time but his penalty just before the break drifted wide right.

There was an early show of force from the Sharks. From a line-out maul they hit left with Andre Esterhuizen predictably committing defenders before a rushing Dan du Preez bounced out of a tackle or two as first receiver after the ensuing ruck.

Although they were being knocked back in the collisions the Rebels, in the first half, probed intelligently and met a measure of success.

Expecting a driving maul from the Rebels from a line-out five metres out, the Sharks were caught napping on the other flank and some dexterous passing to the left, left wing Tom English in acres of spaces. He ran in unchallenged to bring his side within striking distance of the Sharks.

After weathering an initial second half storm the Sharks took control. Their backs, Louis Schreuder, Robert du Preez, Esterhuizen and Makazole Mapimpi became more involved and the Rebels spent much of that half on the backfoot.

Mapimpi was denied a sparkling second try after this effort was ruled out due to substitute Marius Louw’s needless dangerous tackle before the Sharks had turned the ball over. Louw was sinbinned but he may face further sanction.