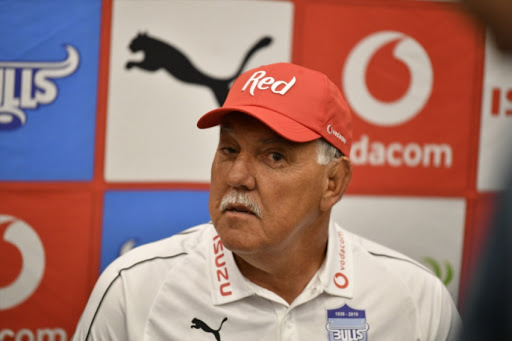 Bulls coach Pote Human has urged his players to use the crunch Super Rugby clash against Sharks at Kings Park in Durban on Saturday to prove themselves.

The Bulls go into this match still smarting from the embarrassing 56-20 defeat to the Chiefs at Loftus last weekend where they were outplayed in all departments.

Human told his players to embrace this match as an opportunity for redemption.

“Definitely‚ this is a chance for guys to prove themselves again‚” he said.

“They know that pressure is on but they are good players and they showed that for three weeks against South African franchises.

"I know what they can do and they must show this weekend that they are hungry to play for the Bulls.”

The Bulls dropped to fourth place and second from the bottom of the South African conference as a consequence of the defeat to the Chiefs. They have to register a rare double over the Sharks to revive their campaign.

“We looked at what the Sharks did last week (and) I think they did very well‚" he said.

"They produced a good game against the Rebels.

"They know what we can bring and we also know that they have a physical pack with a few Springboks in their side and we are looking for a great battle in front.

The Bulls beat the Sharks 37-14 in round four at Loftus but Human is expecting a different challenge from them.

They have since recovered to beat the Rebels last weekend and moved to second place on the standings.

“I think they will bring something different to what they brought to Pretoria when we beat them‚" he said.

"It’s that kind of situation where they will feel that we owe them one.

"I expect them to be ready because I know Robert du Preez doesn’t easily go away.

"They will come at us and I know that our players will be fully aware that any soft moments they are going to punish us.

"You can’t miss a tackle‚ you have to win the set-piece battle and we did not have that weekend.”