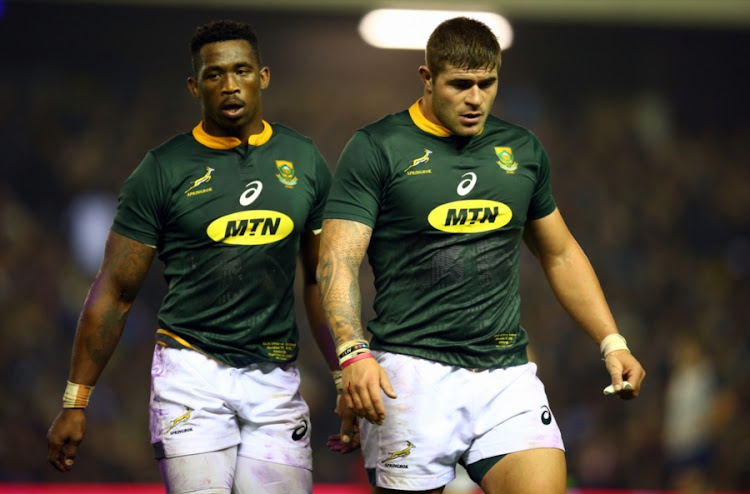 Springbok captain Siya Kolisi has been cleared of head-butting Scotland centre Peter Horne last Saturday‚ although he was rapped over the knuckles for reckless play.

In the first half of the Boks’ 26-20 win at Murrayfield‚ Kolisi appeared to throw his head backwards at Horne‚ who was holding him down and stopping the Bok skipper from returning to his feet to continue playing.

Referee Romain Poite missed the incident in real time and there was no sanction on the field.

On Monday World Rugby confirmed that there would be no further action against Kolisi.

“Having reviewed the video angles‚ the Citing Commissioner determined that there were mitigating factors which meant that the action did not meet the red card threshold.

“That including the player being illegally prevented from re-joining the play by Scotland’s Peter Horne and the moderate force of the strike to the side of the head. The match officials did not see the incident at the time on the field of play.

“Under World Rugby Regulation 17‚ a Citing Commissioner Warning is issued for offences falling just short of a red card and‚ or similarly to cards‚ will form part of the player’s disciplinary record.”

The Springboks passed a tough Test on their slog through Britain and France at Murrayfield on Saturday‚ to add another small entry in coach Rassie ...
Sport
3 years ago

Springbok skipper Siya Kolisi waited anxiously to hear if he would face any further action for an alleged headbutt during South Africa’s 26-20 win ...
Sport
3 years ago
Next Article