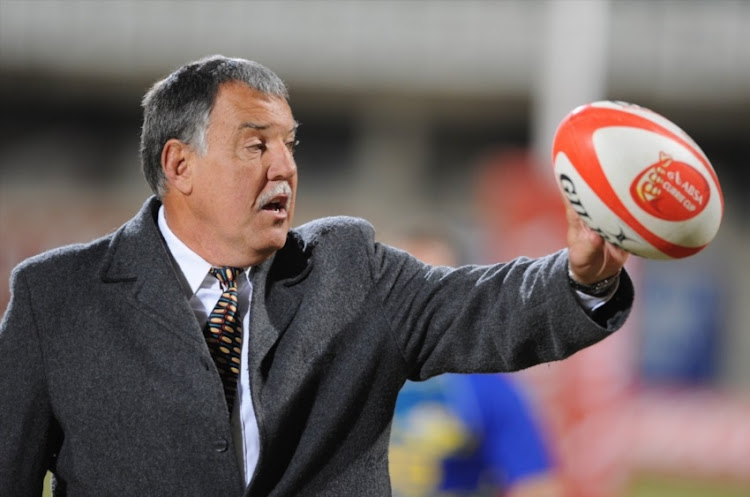 The Currie Cup hasn't reached the business end but Blue Bulls coach Pote Human is already starting to worry about the play-offs.

The Blue Bulls‚ who face the dangerous Pumas at Loftus Versfeld on Friday evening‚ still have their play-off fate in their own hands but they have played a game more than the first and second placed Golden Lions and Sharks.

Having played four matches‚ they've played two more than Western Province and more worryingly for Human‚ the sides above and below his third-placed team are yet to drop a game in the Currie Cup.

The play-offs are scheduled for October 20‚ more than a month from now‚ but Human reckons the single-round nature of the tournament means every game counts.

"If they beat us‚ we're going to struggle to make it to the play-offs‚” Human said.

Human will have the services of scrumhalf Ivan van Zyl and prop Dayan van der Westhuizen from a starting perspective while Johnny Kotze slots in at outside centre.

JT Jackson takes a break with Franco Naude starting at 12 while Trevor Nyakane sits out through injury.

Andre Warner has been relegated to the bench.

Human said it was important for his team to produce an 80-minute performance because their fast start wasn't able to sustain them against the Griquas despite the win.

The Griquas took advantage of the Bulls' snooze before and after half-time but the Pretoria side was able to collect the five points.

“We had a long chat about switching off just before and just half-time.

"The players know we have to play for 80 minutes against the Pumas‚ especially in the 10 minutes before half-time.

"You can't afford to have soft moments in that period‚” Human said.

“It was in the 10 minutes at the end of the first half and the start of the second half that really got us in Kimberly.

"We played some really good rugby in the first 30 minutes but from there we conceded a number of penalties‚ were men down and also conceded some tries.

"The fight back showed the character of the team but it's not something we can afford to do against the Pumas.