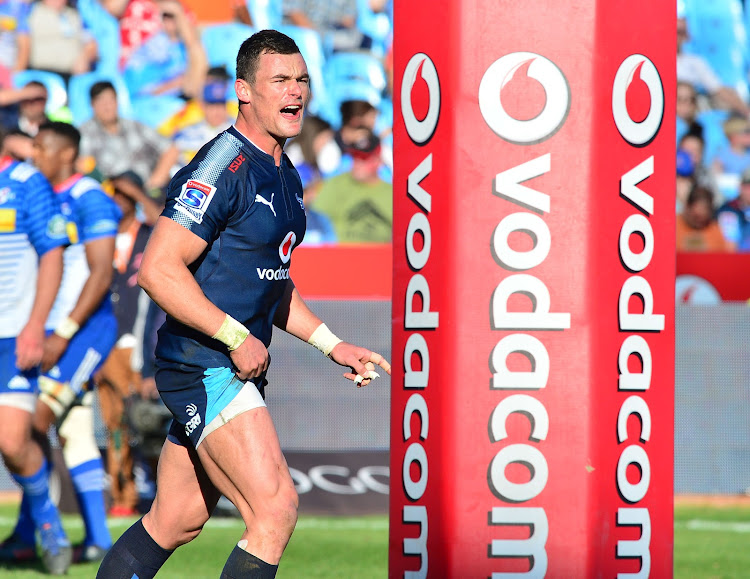 Jesse Kriel of the Bulls reacts during the Super Rugby match against the Stormers at the Loftus Stadium in Pretoria on 15 July 2017.
Image: Samuel Shivambu/BackpagePix

Springbok and Bulls utility back Jesse Kriel says he enjoys playing at outside centre but he is prepared to switch roles according to coach John Mitchell's instructions during the coming Super Rugby campaign as they embark on a fresh start.

The Bulls‚ who beat the Jaguares 21-12 in their last warm up match at Loftus on Saturday‚ have a bye in the opening round of the tournament this weekend and only start their campaign against the Hurricanes on February 24.

Kriel said Mitchell has made it clear to the players that they will be asked to perform duties in different positions for the sake of the team.

“I enjoy playing at number 13 at the moment and I am working on becoming a better player so that I can contribute to the team‚" he said.

"Basically he said to us that we are going to have to be able to play wherever we are asked during the campaign.

"I think it won’t be too much of a problem because every single player in the team can play at least three different positions.

“Whenever you find yourself in the field you must be comfortable to help the team.

"Whether in counterattack‚ set phase‚ set piece and defending‚ all the guys are comfortable on the field and that will give the coach a stronger hand.”

Kriel‚ who was a consistent member of the Springboks under former coach Allister Coetzee‚ said Mitchell has brought confidence to the team after the troubles of the past two seasons where they under-performed.

“The big thing that Mitch (Mitchell) has brought to the team is confidence‚" he said.

"We have gained a lot of that during our preseason which was intense.

"Our pre-season has definitely been a step up from what we used to have because it is different‚ refreshing and all the guys have enjoyed it‚” he said‚ adding that he has enjoyed working with the New Zealander.

“It has been great working with him.

"I am learning every day‚ enjoying his methods and I come here every day to become a better player.

"We are getting that at the moment and if you look at our preparations‚ we want to have a proper game and structure.

"All of the guys have put up their hands and there is a lot of responsibility in the squad.

"Guys are enjoying it and for me personally I like it when I am given the responsibility because it makes me feel like I am contributing to something.

"It is really encouraging and I look forward to coming here at Loftus every morning."

Stormers coach Robbie Fleck is relaxed about his position at the franchise despite increasing pressure on the Cape Town side to deliver some ...
Sport
3 years ago

Having been beaten Super Rugby finalists two years in a row‚ naturally distinct opinions will be formed around the Lions and their ability to go one ...
Sport
3 years ago

SA Rugby will on Thursday try and broker a deal with the SABC to retain radio commentary of Super Rugby and Currie Cup matches.
Sport
3 years ago
Next Article