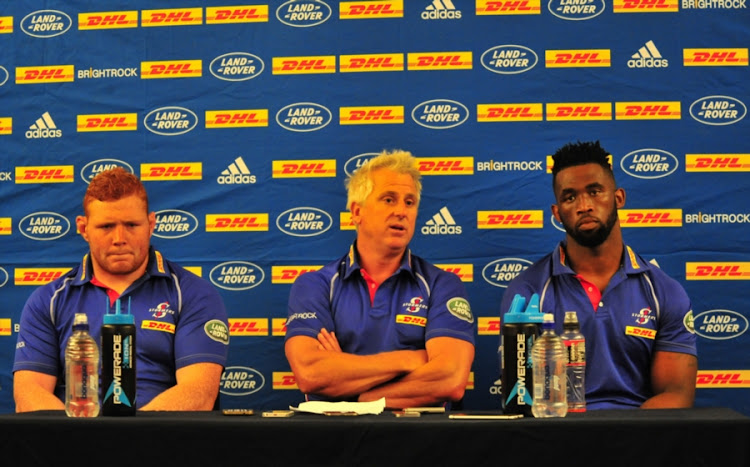 Stormers coach Robbie Fleck is relaxed about his position at the franchise despite increasing pressure on the Cape Town side to deliver some silverware after 20 seasons in Super Rugby.

The Stormers will start their third campaign under Fleck’s coaching when they take on the Jaguares at Newlands on Saturday‚ although for the coach 2018 feels more like his second year in charge.

When Fleck was handed the coaching reins in early 2016‚ it was only as a desperate measure from the Western Province management.

Eddie Jones‚ who had signed as Stormers coach in late 2015‚ left less than a month into the job to take the England coaching position.

WP director of rugby Gert Smal embarked on a frantic search for another high profile coach to replace Jones‚ and eventually presented current Bulls coach John Mitchell to the board as his preferred candidate.

But the board‚ wary of Mitchell’s acrimonious departure from the Lions‚ rejected Mitchell and the position fell to Fleck.

The former Bok centre has done an admirable job under the circumstances and has grown into the position.

In early 2017‚ after a year in charge‚ he was finally able to present his three-year vision to the union.

The 2018 season marks the second year of a cycle in which winning the tournament in 2019 remains the goal.

“My first year was an ‘interim’ position because I got the gig at the last minute so there wasn’t much I could do from a planning perspective‚” Fleck said.

“I was unable to implement my own ideas and culture. It was coaching on the run in that first season.

“But in year two‚ I sat down with the playing leadership group and the management at the union I gave them a three-year plan.

“Last year was the first season of the plan‚ we made some changes successfully and we are aiming to build on that now. We want to play an exciting style of rugby and we moved in the right direction in 2017.

“This season is building on the confidence of last year and challenging to be one of the best teams in the tournament.

"Next year we have some different goals.

“When we have a fully fit squad‚ we believe we have the capability to challenge to be the best in the competition.”

That season they didn’t play any New Zealand teams until meeting the Chiefs in the last eight where they suffered a 60-21 loss at home.

In 2017‚ Fleck’s first season in which he was able to prepare the team‚ his side again won 10 of 16 matches‚ but they did manage to beat the Chiefs and Blues in the regular season – the only team besides the Lions in 2017 to beat a New Zealand franchise.

The format has changed again in 2018 with the tournament cut from 18 to 15 teams. This year the Stormers‚ like all SA teams‚ will face four NZ teams and four Australian teams.

“The change in competition format hasn’t altered our plan at all‚” Fleck said.

“We played against New Zealand teams last year‚ which made the competition as tough as it could be.

“I don’t think Australian teams are going to be as weak as what they were in the past two years.

"It’s strength versus strength again‚ which makes us a better group and better coaches.”

SA Rugby will on Thursday try and broker a deal with the SABC to retain radio commentary of Super Rugby and Currie Cup matches.
Sport
3 years ago

Peter de Villiers was unveiled as the new head coach of Zimbabwe in Harare on Wednesday morning as they look to qualify for the 2019 Rugby World Cup ...
Sport
3 years ago

SABC Radio has pulled the plug on Super Rugby and the Currie Cup.
Sport
3 years ago
Next Article