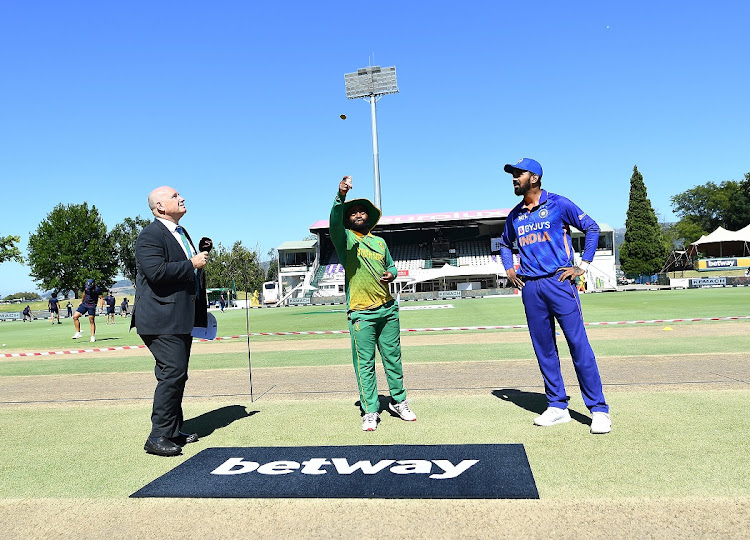 A view of the toss during the first One Day International match between SA and India at Boland Park in Paarl on January 19 2022.
Image: Ashley Vlotman/Gallo Images

SA won the toss and elected to bat in the first ODI against India at Boland Park in Paarl.

SA will be without fast bowler Kagiso Rabada, who has been withdrawn from the squad. Rabada's workload has been adjusted in preparation for the team's tour to New Zealand next month.

Quinton de Kock is in the SA ODI team after he announced his retirement from Test cricket during the Test series against India, which SA won 2-1.

Umpire Marais Erasmus, who is back at the ground where he used to play provincial cricket, is standing in his 100th ODI.

The Proteas have withdrawn frontline fast bowler Kagiso Rabada from the squad to take on India in the three-match ODI series starting on Wednesday in ...
Sport
5 months ago

With the next T20 World Cup in India in October, it is a surprise that they are not contesting in the shortest format, especially with this series ...
Sport
5 months ago
Next Article