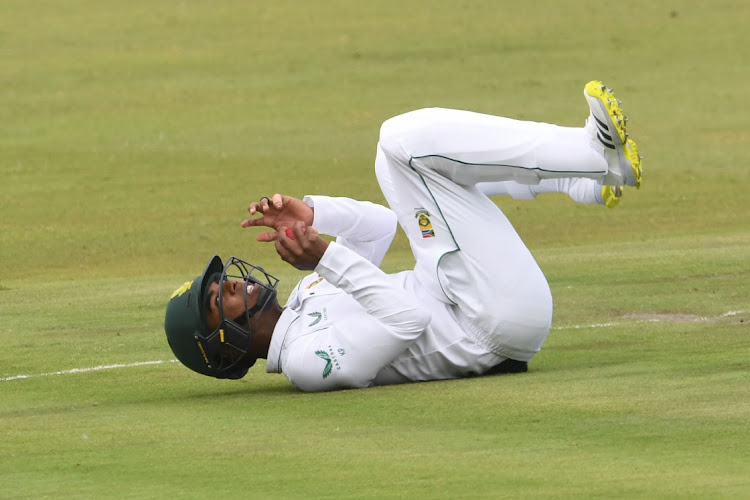 Proteas batter Keegan Petersen may be moved down the order for the Wanderers Test.
Image: Lee Warren

There may be a change of tactics by the SA during the New Year’s Test against India at the Wanderers from Monday, where Keegan Petersen may be moved down the batting order.

Talented Petersen slotted at number three in the Boxing Day Test at SuperSport Park where he scored 15 and 17 runs in his two innings, but captain Dean Elgar has said moving him down the order is an option.

“You are making a valid point there,” said Elgar to reporters when he was asked about the possibility of moving Petersen down the order.

“I think it is something that will be a conversation over the next few days, of us potentially exercising that.

“Maybe it is not a bad thing for us to open those conversations between myself and the coaching staff so that we give him a better opportunity to come in with the older ball.”

Petersen has only played three Test matches so far for the Proteas where he has scored 76 runs in five innings. Elgar admitted that the numbers are not a true reflection of the 28-year-old's potential.

“He has had a bit of a rough start to his international career and it doesn’t reflect on him as a player. He is an extremely talented player and he has been on one of our best batters domestically for the past few seasons,” Elgar said.

India need three wickets to win the Boxing Day Test in Centurion and take a 1-0 lead against SA in the three-match series that will move to ...
Sport
4 months ago

“Clearly the stats don’t reflect his ability at the moment. I feel for him a bit because I know he wants to make a play for us, he’s a bit anxious and as the leadership group and team management, maybe we need to give him a better opportunity to try to contribute more with the bat.”

The SA think tank will have to make tweaks to the squad for the second Test in Johannesburg on Monday because of the shock retirement of wicketkeeper-batsman Quinton de Kock, announced on Thursday night.

The 29-year-old De Kock, who will continue playing white ball cricket for SA, made his Proteas Test debut against Australia in Gqeberha in 2014 and amassed 3,300 runs in 54 Tests. He boasts a highest score of 141 not out, has six centuries and 22 half-centuries under his belt.