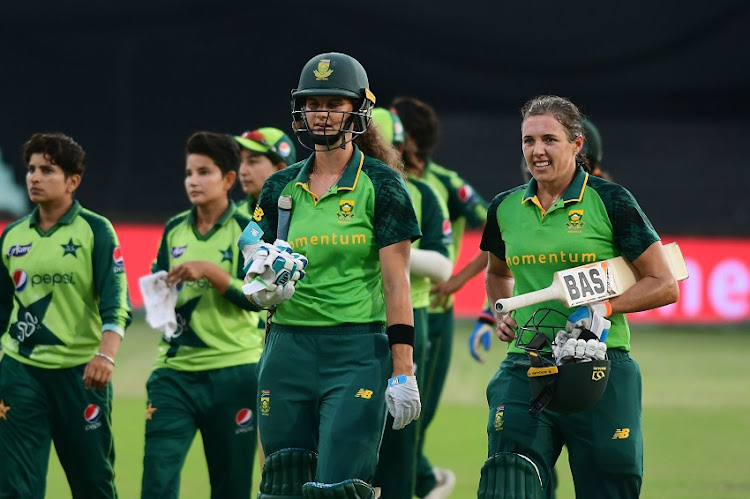 Momentum Proteas stand-in captain Laura Wolvaardt has said that fans‚ corporates and world cricket in general need to start taking notice of the senior South African women’s team if they have not already.

Kgosimang Moreeng’s team is starting to have a menacing look about them after a dominant Momentum Proteas side toyed around with India and enjoy an impregnable lead in the five-match series going into the fifth and final ODI series against the Indians on Wednesday.

Lara Goodall’s career-best half century helped the team complete their highest successful ODI chase as they beat India by seven wickets to surge into an unassailable 3-1 lead at the Ekana Cricket Stadium in Lucknow on Sunday.

“I’m obviously super happy. I think winning a series over here in India is absolutely incredible‚” said 21-year-old Wolvaardt‚ who plays for Western Province and was born in Milnerton in Cape Town.

She said the mood in the camp has been really good and that the team is pumped up to wrap up the series with a 4-1 scoreline.

Goodall‚ who made an unbeaten 59 off 66 balls as South Africa won with eight balls to spare on Sunday to take a 3-1 lead‚ said a 4-1 series win will make a serious statement to world cricket heading into the 50-over World Cup in New Zealand early next year.

“I agree with Lara [Goodall]. 4-1 definitely looks a lot better than 3-2‚” said the right-handed opener.

Wolvaardt said everything the team is doing from this point onwards is in preparation for the World Cup.

The 50-over World Cup for women’s cricket will see 31 matches played across 31 action-packed days between March 4 and April 3 next year.

It will be the first global women’s cricket event to be played since the Women’s T20 World Cup in Australia back in March‚ where South Africa finished third.

The tournament was postponed from its original window in February-March 2021 with the same six host cities and venues retained for 2022.

The global showpiece may still be a year out but Wolvaardt said the World Cup talk has already begun in the dressing room.

“It is definitely something that we have started to speak about as a team and it is just a matter of finding that consistency.

“We have had a good series so far so we definitely would like to keep that momentum into the last game and not anything drop and slip in this last game.

“Consistency in every game is super key for the World Cup so the sooner we can start doing that the better.”

The ODI Series will be concluded in Lucknow on Wednesday.