India Women bounce back with win against Proteas in 2nd ODI 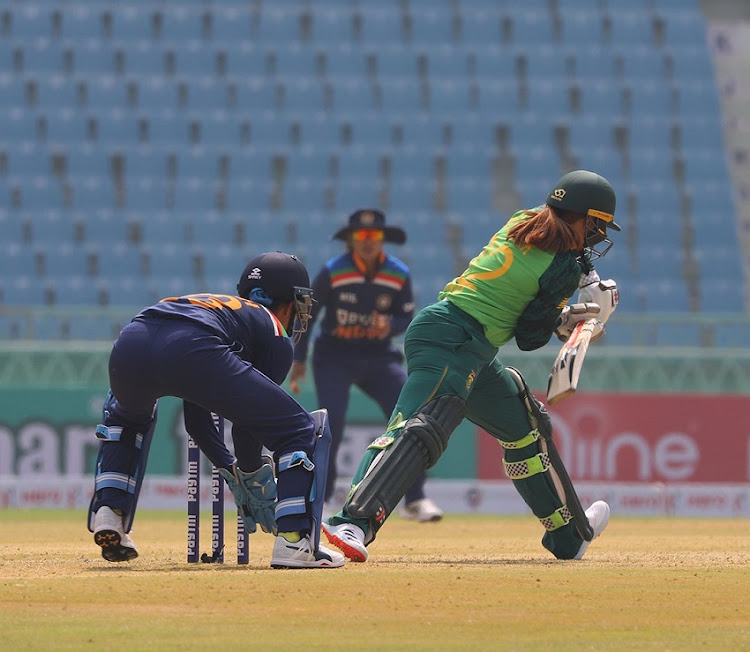 The result ended a seven-match winning streak for the Proteas. Match three of the series takes place on Friday.
Image: twitter/csa

A strong all-round performance helped India Women bounce back from their series-opening defeat against the Proteas Women with a comfortable nine-wicket win in the second One-Day International at the Ekana Cricket Stadium in Lucknow‚ India on Tuesday.

Jhulan Goswami led a clinical bowling display by claiming 4 for 42 as the tourists were bundled out for 157 in 41 overs. Half centuries by Smriti Mandhana (80* off 64 balls‚ 10 fours‚ 3 sixes) and Punam Raut (62* off 89 balls‚ 8 fours) then led a strong reply as the hosts won with more than 20 overs to spare.

It was a good response by the Indians‚ especially after they were on the other end of a heavy defeat by the South Africans in match one on Sunday.

SA won the toss and batted at the start‚ with Lizelle Lee (4) and Laura Wolvaardt (9) – the stars in the previous game – out cheaply to Goswami and Mansi Joshi (2/23) respectively.

Lara Goodall (49) and captain Sune Luus (36) then rebuilt nicely with a 60-run third-wicket partnership that took South Africa up to 80 for 2 in the 21st over.

But things went all wrong from there as Goswami and Rajeshwari Gayakwad (3/37) cut through the middle order and tail‚ the visitors dismissed with nine overs remaining.

Shabnim Ismail (1/46) did manage to land an early blow when she bowled Jemimah Rodrigues (9)‚ but an unbroken 138-run second-wicket partnership charged India to victory.

The result ended a seven-match winning streak for the Proteas. Match three of the series takes place on Friday.