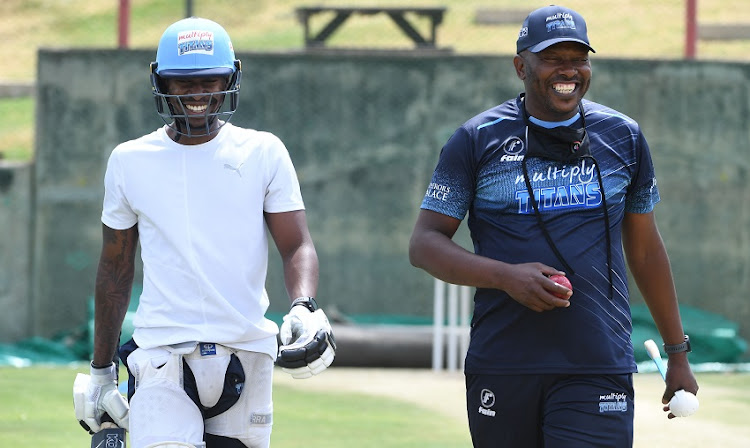 De Kock‚ who took time off when the Proetas returned from Pakistan last month‚ returned to training this week and will play his first match when the Titans take on the Lions in the CSA 4-Day Series match starting from Tuesday.

“He is looking in good shape.

"He just needed time to rest and recharge the batteries‚ and he is back and is in good physical condition‚” said Toyana‚ who mentored and gave a teenage De Kock his break at franchise level at the Lions in 2009.

Toyana described his relationship with De Kock as that of ‘father and son’.

De Kock’s return to action is a timely boost for the Titans as he will add more depth to their batting as they look for a win that will see them secure a place in the 4-Day Series final.

Markram‚ who scored his maiden double ton last week against the Knights‚ said he is relishing the prospect of playing against the Lions who also have a number of Proteas players in their team.

“I’m really looking forward to the match. The Lions are playing good cricket at the moment and we are playing at the Wanderers. I am bracing myself for a meeting of minds with the likes of Temba Bavuma‚ Kagiso Rabada‚ Rassie van der Dussen and Beuran Hendricks.”

Titans coach Mandla Mashimbyi said they must beat the Lions in their own backyard if they want to play in the final.

“We want to go all the way‚ we want to go to the finals. I guess it’s a case of‚ if you want get there‚ you’ve got to beat the best. The Lions are one of the best at the moment‚ so we want to get one over on them‚ and play some really good cricket this week‚” coach Mandela Mashimbyi.