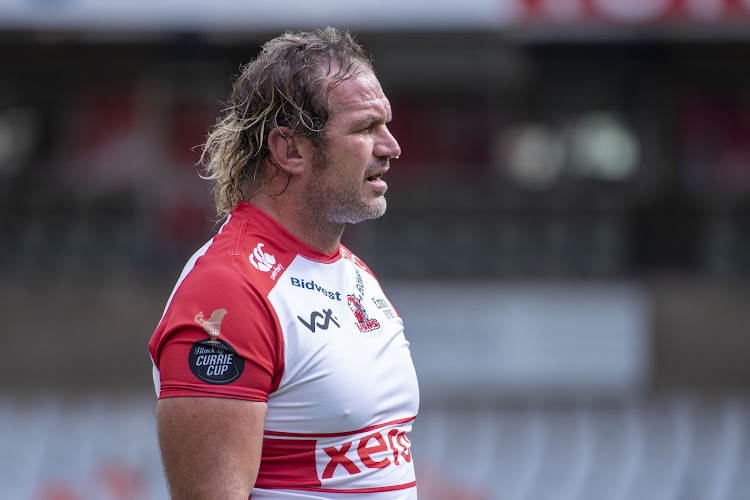 The Blue Bulls' scrum is formidable‚ but not for the reasons you may think.

Ahead of their Currie Cup semifinal against the Blue Bulls at Loftus on Saturday‚ Lions' veteran tighthead prop Jannie du Plessis ran the rule over the Bulls' set-piece and he is clear they are not the blunt force many make them out to be.

Du Plessis‚ a medical doctor‚ rather diagnosed them as a unit that administers slow poison that gradually debilitates the opposition.

“They are the team that scrums the longest per scrum. I've measured it‚” said Du Plessis enthusiastically.

“They scrum three and a half to four seconds longer than other teams. It means they are really patient.

"They keep squeezing. They are not explosive‚ and then fade. That is a good weapon to have because any team that stays in the fight like that is doing something right.

"It will be a huge challenge for us‚” he admitted.

Du Plessis then pointed to the Bulls' path of destruction in the Currie Cup‚ as well as in the Super Rugby Unlocked that preceded it.

“They gave the Sharks a beating and against Western Province they racked up almost 40 points by the time the game was abandoned around 60 minutes. They were incredibly good and annihilated the WP pack.

“They weren't bad against us either. There were a few 50-50 calls that went their way. They have a very good scrum coach in Daan Human and they have a bunch of guys that play for each other. They don't run out of steam‚” said Du Plessis.

Possessing a potent scrum has brought distinct rewards this season. Even more so than usual‚ teams with a dominant scrum enjoyed commensurate impact on the scoreboard.

“I don't quite know what the reason for that is‚ to be honest‚” admitted Du Plessis. “WP has a good scrum and they win matches as a result of it‚ period!

“They have that experienced front row and they scrum you enough to get penalties that helps win them the game. Steven Kitshoff‚ Bongi Mbonambi and Frans Malherbe are good at what they do. They bring a great synergy which makes them better individually‚” Du Plessis asserted.

The tighthead agreed that the more established scrumming units got greater traction this season. The Covid-19 pandemic has drastically reduced the amount of time teams get to refine their scrum.

“We can't even make a little circle to discuss scrum rhythm on a Monday because Covid tests are done on a Monday evening‚” Du Plessis pointed out.

“You need to test negative as close to the game as possible. Our training regime has been turned upside down. You simply can't train the way you used to.

"I think that's why having established combinations‚ as is the case with WP‚ will count in your favour.

"They know what works for them and they know what to do when they prepare. You can't do 500 scrums on a Wednesday and think you are going to scrum properly on a Saturday.”

All of this‚ Du Plessis agrees‚ has made scrumming more of a lottery.

It has been a unique season and not just because of the disruptions brought about by the pandemic.

Some matches were also abandoned because of lightning and one of them served to energise the Lions as they turned around their season.

They were staring down the barrel in the first half hour in Kimberly before rapid advances on the scoreboard shortly before and just after the break got them the lead and the result by the time the match was abandoned.

“That game was the turning point because we would have been out had we lost. It gave us the spark that started the fire for us.

"Then we stoked it. Then you start playing better with each week and you gain confidence‚” said the tighthead.

He believes the Lions need to take that confidence into this weekend and that not much should be gleaned from their defeat at the hands of the Blue Bulls in their last league match at Loftus.

He agrees sometimes teams try so hard not to lose‚ that they forget how to win. “We didn't see the best of the Lions on that day. Now the onus is on us is to loosen the shackles and to jol.”