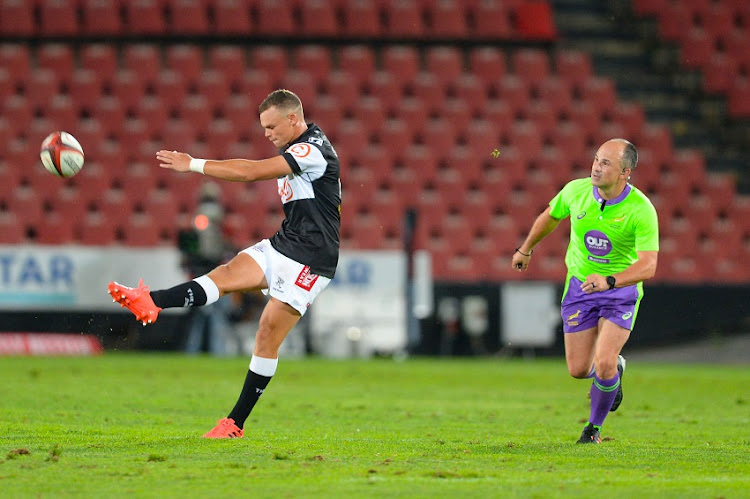 Western Province have identified Curwin Bosch as a clear and present danger to their aspirations of reaching next weekend's Currie Cup final.

They take on the Sharks in the semifinal at Newlands on Saturday‚ with Bosch's polished right boot most likely to take the gloss away from what may be Western Province's last appearance at Newlands.

Although Bosch has been hugely influential in the Sharks' campaign and has banged over 10 penalties from as many attempts‚ Western Province insist they won't be moths to his glow.

“Yes‚ in terms of his ability to kick for goal he is phenomenal‚” agreed assistant coach Dawie Snyman about what he perceived to be the Sharks' biggest threat.

“If we make mistakes and if we are ill-disciplined‚ he is going to punish us. To make sure he is not effective‚ we have to play well in other areas.

“He won't be our main focus. We won't target him.

"We hope he has an off-day but we know he is going to be good. He has slotted some great kicks under pressure‚ like that one in Kimberley against Griquas for the win. If we are not on song and allow him to play his game he will put us under pressure‚” warned Snyman.

Apart from limiting Bosch's opportunities off the kicking tee‚ Western Province will also be desperate to deny him the freedom to dictate the game tactically.

Taking play to the right area of the field becomes even more paramount in the cauldron of play-off rugby and it is an area in which coach John Dobson said his players were found wanting when the two teams clashed in their last meeting.

For that he sought collective remedies and scrumhalf Herschel Jantjies believes Western Province are now singing from the same hymn sheet.

“I think we started Super Rugby Unlocked with a plan‚” said the Springbok scrumhalf about the Currie Cup's forerunner.

“We must now show our plan is worth playing and putting out. This weekend is the ultimate test to see if things are in place.”

Snyman also believes the team has advanced since their last meeting with the Sharks.

“We have grown as a team. We made mistakes but we've learnt from it. It has put us in a position to know what it takes to win a play-off game.”

Around half of the Western Province pack already possess the intellectual capital of winning on the sport's most illuminated stage.

“A lot of the guys in this team have experience of playing in big games like play-offs‚ like in the World Cup. The experience they bring about how to manage the week and the game will be valuable for us‚” said Snyman.

Meanwhile‚ Marius van der Westhuizen will take charge of the clash with Cwengile Jadezweni and Aimee Barrett-Theron named as his assistants.

Stuart Berry has been appointed the TMO.