Faf du Plessis: ‘I’m going to try and push for as long as I can’ 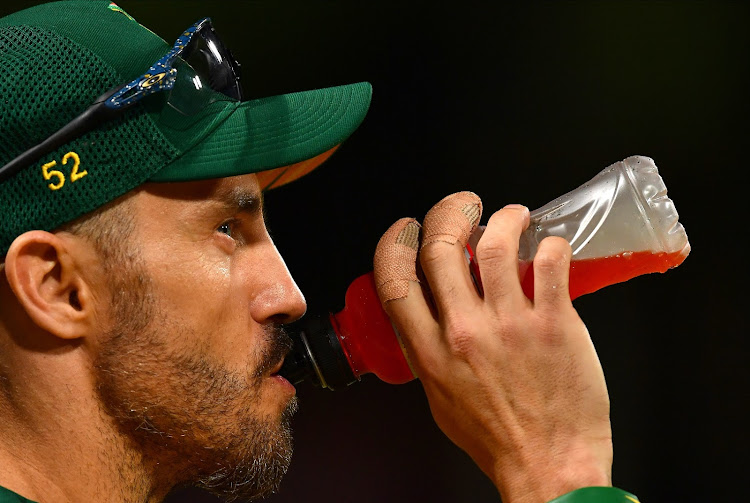 England, who were measured in their successful chase of 179, capitalised on two errant overs from Heinrich Klaasen and Beuran Hendricks that went for 14 and 28 respectively. England won the game by five wickets to take a 1-0 lead in the three-match series.

Jonny Bairstow, who bludgeoned an unbeaten 86 from 48 balls, was at the heart of that carnage. Du Plessis, who has visited and experienced similar pain in his career, understood what the two bowlers went through, especially Hendricks.

“Experience has told me that in a T20 game, someone is going to go on the night. That’s why we always look for balance with the sixth bowler,” Du Plessis said.

“I won’t look into it too much on the night if one guy goes on the night because it’s the nature of the beast in T20 cricket. In the next game, he can bowl in the exact same areas and he can get a five-for.

“I wouldn’t judge him too harshly as tonight wasn’t his night. He’ll learn from it and he’ll come back very strong.”

A bold batting effort from Jonny Bairstow buttressed England’s efficient chase that helped his team win the first T20 against South Africa at ...
Sport
1 year ago

Du Plessis, who relinquished the various leadership roles in the wake of a forgettable 2019-20 summer for the national team, top-scored with 58 in an innings that included a spectacular assault on Tom Curran.

His knowledge of Boland Park in Paarl will come in handy in Sunday’s second T20 that South Africa need to win to stay alive in the series, especially with his intimate knowledge of the ground through his success with the Paarl Rocks in the Mzansi Super League.

He led from the front as the team’s senior statements and showed no signs of physical and mental frailties.

“I rely on my brain and my instincts to make a decision as a cricketer and that’s often been my strength. I assessed the wicket, gave myself an opportunity to look at the bowlers and Tom Curran was looking like the type of guy I was looking to take down on the day. You make those decisions on the day,” Du Plessis said.

“I’ve had a very good six months where all of us have had some time to reflect. I used that time to get as mentally fit and strong as possible.

“I found there was a lot that was left in my mind. I wasn’t anywhere close to thinking of stopping playing cricket.

“It showed in the IPL where I was moving around pretty well. I’m going to try and push for as long as I can.”

AB de Villiers’s name was an interesting and eyebrow-raising omission from the Proteas’ 24-man squad for the England limited overs series that will ...
Sport
1 year ago

Sri Lanka will travel to South Africa in December to play a two-test series, a local media report said on Sunday, marking their return to ...
Sport
1 year ago

The Proteas will wait for the appointment of a national convenor of selectors before naming a Test captain‚ team director Mark Boucher has said.
Sport
1 year ago
Next Article