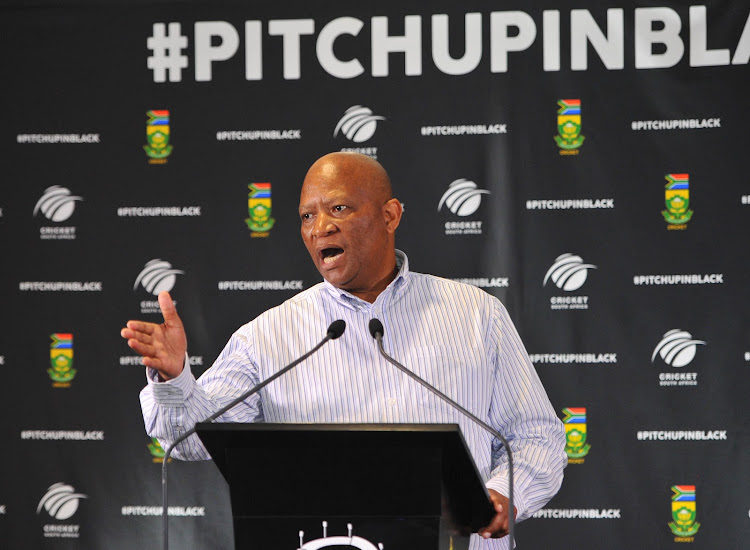 KwaZulu-Natal cricket boss Ben Dladla says he is a man of integrity and principle and capable of leading Cricket South Africa out of its current turmoil.
Image: Sydney Mahlangu/BackpagePix

KwaZulu-Natal cricket boss Ben Dladla is preaching a message of unity within Cricket South Africa (CSA) in his election campaign to become the embattled organisation’s new president at next month’s vote.

The nominations were finalised at the weekend and the four will go toe-to-toe to replace long-serving Chris Nenzani‚ who succumbed under pressure and resigned three weeks before the annual meeting to elect his successor.

“We need to work towards one direction and not work in silos as the board and the members council. Unity in a sense that remember we have got 12 affiliates at this stage who need to unify and buy into the same vision of good governance and transformation‚ because that will go a long way.

“We need to assist the franchises and bring them together. Some of them have challenges financially and some of them administratively.”

He listed transformation‚ the finalisation of the suspended CEO Thabang Moroe’s position and the release of the forensic investigation report as top of his priorities should he be voted into office.

Dladla also addressed the at times rocky relations with the players’ union‚ the SA Cricketers’ Association (Saca)‚ and committed to meeting other key CSA stakeholders to get them to buy into this unification vision.

“Improve relations mainly with Saca because together with Saca we can all advance the game of cricket forward. We have to constantly talk with them and listen to them and make sure everybody is in alignment‚” he said.

“I will meet current stakeholders and sponsors and try and persuade them to say that there is now a new regime that is going to focus on the game because sponsors put in the money and they want to see a return on their investments.

“I will meet with stakeholders and the operational team so that all of us we can bring our cricket to its former glory. Internationally our image has been dented and one will also have to try and assist in making sure we win back the confidence of the public.

“It’s a promise of working together in one direction. There has been a cry about the injustices of the past within the game of cricket.

“One will have to sit down with the director of cricket [Graeme Smith] and make sure that we all understand each other in this regard because for it to work we need to push in the same direction.

“I think our actions also led to us losing some of our sponsors and also we are at this stage 50/50 with other sponsors.

“So those are the challenges that one will have to attend to with urgency. The financial situation is also not very good and the relations with the members council‚ the board and the relations between CSA and stakeholders‚ mainly Saca‚ I think are at their lowest ebbs.

“The other thing is there are certain vacancies at operational level and board level that we need to fill quickly and those that are operational we need to assist the acting CEO as well as director of cricket in that regard.