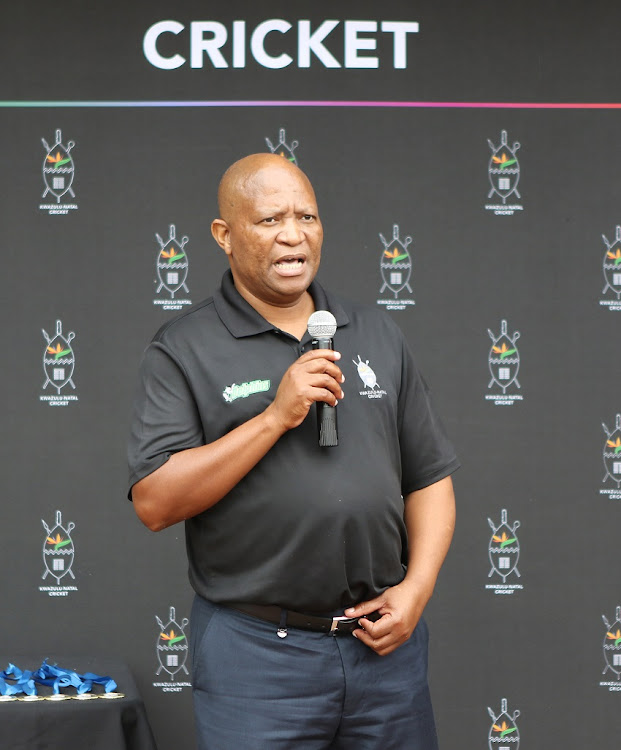 Ben Dladla believes he is the right man to lead crisis-riddled Cricket South Africa (CSA) out of turmoil and restore the organisation’s dented image and reputation.

The KwaZulu-Natal Cricket Union (KZNCU) president was at the weekend announced as one of the four candidates who were nominated for the CSA presidency to replace Chris Nenzani‚ who quit last week three weeks before the organisation’s annual general meeting (AGM) next month.

“I have been asked by some of the members to stand for this particular position. I think there is something that they saw in me that I can be the leader that they can trust‚” the 57-year-old Dladla told SowetanLIVE on Wednesday.

“So together with them we are working with others but we are not desperate. With us it is not about joining us because we want the numbers‚ but it is about buying into the vision we have that we need to unite and we need to transform.”

He listed transformation‚ the finalisation of the suspended CEO Thabang Moroe’s position and the release of the forensic investigation report as top of his priorities should he be voted into office.

“Those are the major things that leave us with a bad taste in our mouths.”

Dladla said he would like to see more black players with bat in hand than just seeing them as bowlers in the Proteas senior national men’s and women’s teams.

“For me I think it is about time where transformation is seen to be done and it is not just a talk shop where we just talk.

“I will not shy away from mentioning that I would like to see black players‚ in particular black African players‚ playing cricket at the highest level and even batting because there is one issue that I have picked up personally and everybody knows it is that our African players are there only as bowlers.

“We have to transform this game if this game is to belong to all of us and I think that is the message that the minister is conveying to us.

“So in terms of transformation we have to do what needs to be done whether some people are happy with that or not‚ but it has to be done.”

CSA has been putting out raging fires over the past year with board members resigning en masse and main sponsors Standard Bank choosing to not renew their near R100m-a-year sponsorship when the contract was up for renewal in April.

Matters came to a head when Moroe was put on precautionary suspension on December 6 over allegations of misconduct and an independent forensic investigation was launched.

Moroe is nearing nine months on fully paid suspension while a forensic investigation report has been submitted but has divided the organisation in the middle on whether it should be made public or not.

“I think we have scored so many own goals as CSA. We have made promises that we could not meet.

Dladla‚ who has served on CSA’s high decision-making members council for two years‚ was one of three union presidents who stood their ground and voiced concerns against some of the organisation’s decisions at governance and operational level when the organisation imploded in December.

“We did and it was unfortunate that it was only three unions‚ Gauteng‚ Western Province and us as KZN‚ which were prepared to make their voices heard and acted on it.

“I would say I am not a person who is afraid to act on my decisions if I believe that it is principally correct.”

There is a view that those who serve on the CSA board and members council have been part of the system that has resulted in the organisation falling into pieces and therefore have no right in staking a claim in leadership positions at the AGM‚ but Dladla has a different take.

He believes that a position that his KZNCU took for the CSA board to step down in December last year on principle qualifies him to be the fit and proper figure to steer the organisation back to safe waters.

“There are those within the leadership who know that I have been one of those people who has not been shy to come up with a different view in members council meetings.

“I stood my ground when some of the decisions were taken. They know I was not in support of those decisions. But at the end of the day‚ it is about what is the majority is saying.

“So being at the leadership level of CSA it will allow my voice to be heard. It is not about the majority but principle.”

Dladla joined KZNCU as vice-president in 2013 after years of service with the Durban and Districts Cricket Union and rose to be elected president in 2018 to replace Fa-eez Jaffer.

During his tenure the KZNCU franchise‚ the Dolphins‚ won the Momentum One Day and the KZN Coastal team share the honours with Easterns in the provincial 3-Day Cup.