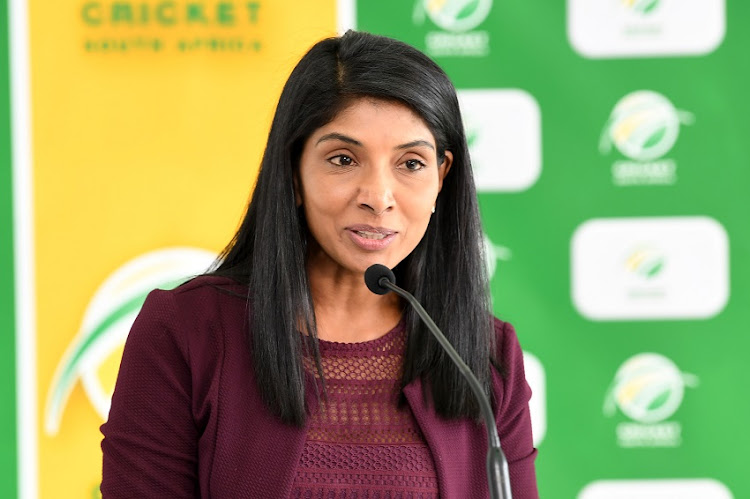 She replaces Dr Jacques Faul‚ who quit on Monday after acting from December while incumbent CEO Thabang Moroe is still on suspension.

Govender will have to hit the ground running as the organisation remains in turbulent waters following the resignation of Faul and president Chris Nenzani on the same day.

Nenzani has been replaced by Beresford Williams‚ who will act until CSA’s hotly anticipated annual general meeting on September 5.

With CSA announcing the appointment on Twitter before issuing a press release‚ the length of Govender’s tenure wasn’t specified. It is assumed it will be ostensibly linked with the outcome of Moroe’s disciplinary proceedings.

That matter has dragged on and CSA haven’t indicated on when the matter will be concluded.

Williams said Govender was the right person to steer CSA’s ship‚ one that’s badly in need of proper leadership.

“We believe that Kugandrie is the right person to drive the organization forward during this period. Her experience has more than prepared her to fulfil this role with excellence.

"We are confident that she will propel the many strategic initiatives that CSA undertakes‚ to inspire and unify our stakeholders‚ partners‚ and employees‚ to continue the work of building the reputation of Cricket and more importantly Cricket South Africa‚ so as to contribute to its sporting competitiveness‚” Williams said.