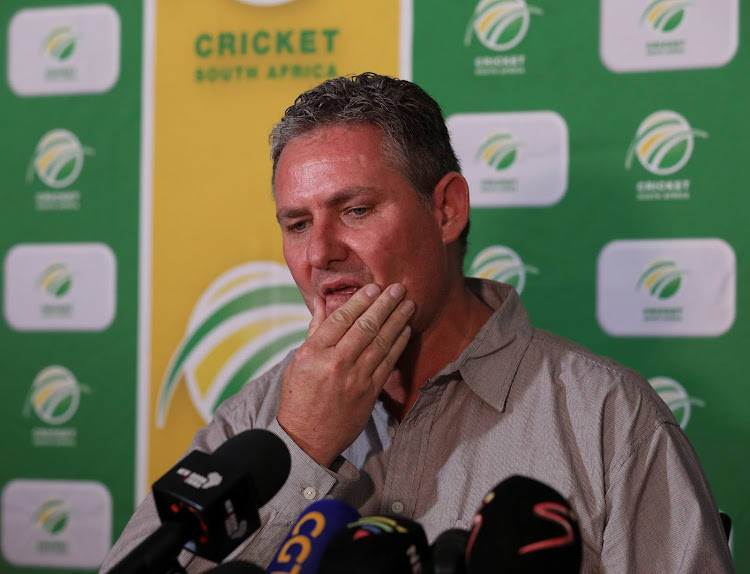 Dr Jacques Faul said he was proud of leaving Cricket South Africa in a better position than he found it in after quitting in a huff on Monday afternoon.

The acting CEOs exit came on the heels of Chris Nenzani stepping down as Cricket SA president early on Monday morning‚ capping a messy period for the embattled federation.

Faul‚ who was seconded from the Titans to act in place of the suspended incumbent Thabang Moroe in December‚ also said it was time for him to move on.

“I just think we are in a space now where it is better for the organisation to go on without me man. You know you get to that stage but I was hoping to stay on a little bit longer‚ but I think we have reached that port or stage a little bit earlier.

“We have had a lot of challenges and there were a lot of things that we needed to sort out and hopefully it will all come to an end with some of these processes running on‚” Faul said.

“The one thing I am quite proud of is that financially I think it is a positive that CSA is going to make a profit and it is (has) a lot to do with the current rand-dollar exchange‚ that's has helped us a lot. I think that’s quite a lot of progress and a positive.

“I think the profit that CSA will make is around in the region of R80m. It is always a team effort‚ it is not an individual.”

TimesLIVE understands that some of CSA’s member council affiliates‚ who met earlier on Monday to deliberate on Nenzani’s abrupt exit‚ had not been fully appraised with regards to Faul’s early departure.

CSA said earlier on Monday that according to its memorandum of incorporation (MOI)‚ the vice-president‚ Beresford Williams‚ will act as president until after the AGM.

Faul’s initial secondment was due to end in June‚ but that was extended to September 15‚ 10 days after CSA’s AGM.

Faul’s exit adds to the turbulent situation the organisation finds itself in after COO Naasei Appiah was fired on Sunday despite winning an appeal against his early dismissal.

This means the embattled CSA does not have a CEO‚ a president and a COO.

The suspended Moroe's disciplinary hearing is yet to be completed.