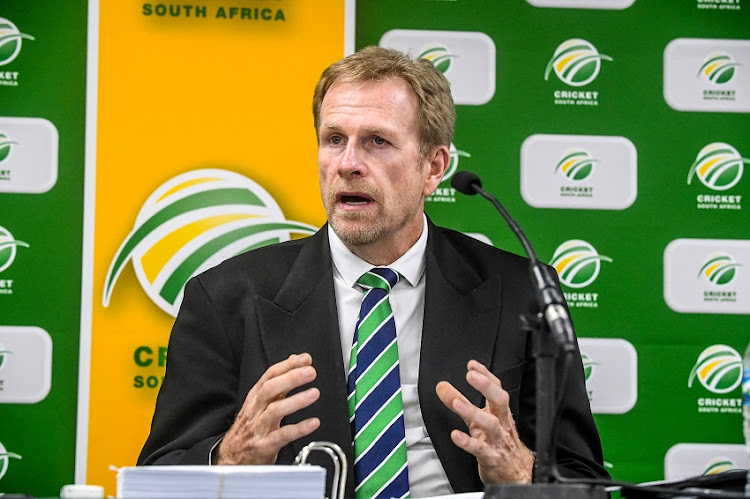 The South African Cricketer’s Association (Saca) are standing their ground‚ saying they will not be part of Cricket South Africa’s (CSA) restructuring committee until the decision to reorganise the domestic game is reversed.

Under the administration of suspended CEO Thabang Moroe‚ CSA took a decision to restructure the domestic first-class game from the six-team franchise system that has been in place from the 2003/04 season to a 12-side affiliate provincial system.

Saca have consistently maintained that they have never been fully informed of this move by CSA to a point where they took the organisation to court to get clarity on the matter.

Saca CEO Tony Irish said digging in their heels on the issue is matter of principle. He said they also haven’t been formally contacted by CSA to participate in a steering committee led by former International Cricket Council CEO David Richardson that will make recommendations on the future of domestic cricket.

“The fact that CSA is now‚ for the first time‚ going to look into what the domestic structure should be is a clear admission that the decision eight months ago was taken without this being done. This is precisely why we had to launch legal proceedings against CSA‚” Irish said.

“Given that this is the subject of the court application we cannot participate in a formal committee where decisions taken by it may affect the outcome of the court case.

“It is therefore obvious to us that the restructure decision must be withdrawn and the court case settled with us first.

“We have no problem in sitting down with the likes of David Richardson and [new director of cricket] Graeme Smith to find these. However this time around the process needs to be done properly and if the current Memorandum of Understanding is to be changed‚ because of a change in the domestic structure‚ then agreement must be reached with Saca.”

Speaking after Monday’s Mzansi Super League final in Paarl‚ Richardson said CSA had reached out to Saca and had made steps to mend the relationship that suffered immensely under Moroe. Richardson also said the committee had to make decisions that’ll be good and pragmatic for the organisation.

“I think it’s urgent and we are talking about structures that need to be in place next season. Contracts have to be signed up soon‚ so it’s an urgent process‚” Richardson said.

“We’ve already had a meeting with Saca. The commitment to work with them is already there and also to consult to a degree that’s going to be effective. There’s a willingness from Saca to work with us.

“We also need to make sure the stakeholders are all consulted and just not look at it from a cricket perspective quality-wise‚ but from a financial sustainability perspective – and that’s going to take a bit of work.

“I understand some work has been done but it’s about checking the robustness of the figures and putting some cricket parameters in place‚ and try to devise an option the board will take forward.”

Richardson will be working closely with CSA’s interim CEO Jacques Faul and SA’s first post-isolation wicketkeeper‚ who’s career lasted from 1991 to 1998‚ admitted that there’s a lot of work to be done.

“There’s an acknowledgement from the board that CSA got itself into a bit of a hole and they looked to people who can help.

“It’s not good on a number of fronts. Things have been allowed to fester.

“Jacques has got work cut out at the operations while there’s governance issues that probably won’t go away. There’s a lot to be done‚” Richardson said.