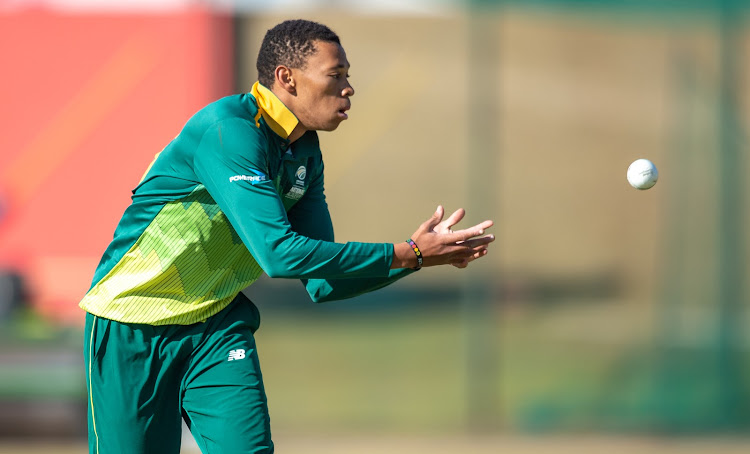 The son of Proteas legend Makhaya‚ the right-handed seam bowler and left-handed batsman is quietly carving his own path.

Ntini will be representing the Paarl Rocks‚ which makes sense for the youngster as he represents Western Province at first-class level.

The 19-year-old‚ who represented South Africa at Under-19 Cricket World Cup early last year when he was 17‚ has already played 12 matches in all formats for Western Province without breaking through into the Cape Cobras.

The fast bowling muscle will be provided by Kerwin Mungroo‚ Hardus Viljoen and Ferisco Adams‚ with Dwaine Pretorius‚ Sibonelo Makhanya and Ntini as the change options.

The Paarl Rocks are pretty well stocked in other departments‚ which meant they didn't need to go big in the Wild Card Draft.

A player who could have considered himself unlucky was Easterns opener Wesley Marshall.

The right-hander biffed 40 off 19 and 87 off 53 against Border and KwaZulu-Natal Inland in the Cricket SA Provincial T20 Challenge play-off games the Easterns won to win the title.

Kgoatle scored two 100's for Limpopo in the pool stages and finished as the third highest run-scorer behind KwaZulu-Natal Inland openers Grant Roelofse and Cody Chetty.

None of them will be taking part in the MSL. Van Zyl also added that players can now only join the MSL teams as injury replacements.

“I would have thought a guy like him and Kgoatle would've got an opportunity in a wild card entry like this.

"The teams have made their picks strategically and looked at the balance of their sides‚ which could explain why they missed out.

"That was for the teams to decide‚” Van Zyl said.

“The only way a player can come into the tournament now is as a replacement.

"No one will be drafted now and they'll only come in as a replacement in the event of a tournament ending injury.”