SA may have dodged a bullet at Himalayan hittadrome 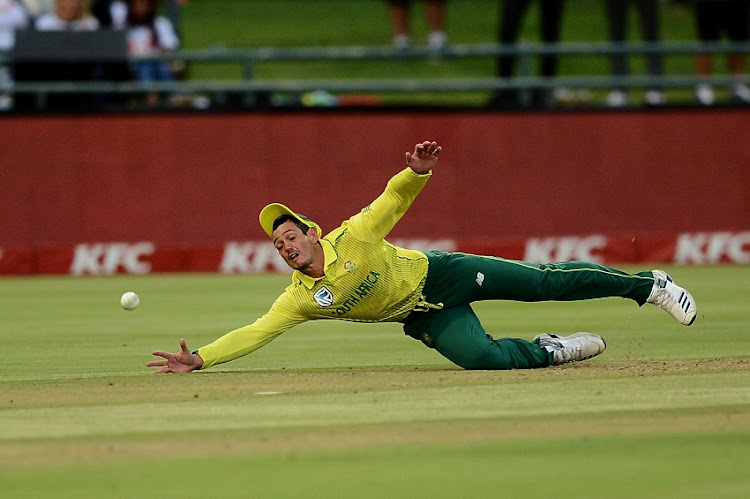 One game into his tenure as South Africa’s men’s team’s interim team director‚ Enoch Nkwe remains unbeaten. So does Quinton de Kock as captain of the T20 side.

Their records were preserved in the monsoon deluge that soaked Dharamsala on Sunday‚ and forced the abandonment of the first T20 against India — the opening match of South Africa’s tour‚ and of Nkwe’s and De Kock’s time at the helm.

The game was called off less than an hour after the scheduled start‚ doubtless not only because of the significant amount of rain that fell but also in the interests of spectators as only two of the stands at the ground are roofed.

And that might have helped South Africa dodge a bullet.

The bowlers‚ in particular‚ won’t be unhappy that Sunday’s game didn’t get off the ground.

Dharamsala is a Himalayan hittadrome where no boundary is longer than 65 metres and the thin air helps the ball fly faster and further.

Of the 56 grounds worldwide that have hosted more than five T20s‚ only at 13 of them have the runs flowed faster per over than Dharamsala’s torrid tempo of 8.18. It’s been a better place to bat than 76.79% of those 56 grounds.

But not as good as Mohali‚ where the second match of the series is due on Wednesday.

Only four T20s have been played there — none by South Africa — but runs have rushed at 9.10 to the over.

South Africa have been to Mohali four times‚ and come away with wins twice: over Pakistan in the 2006 Champions Trophy and the Netherlands in the 2011 World Cup.

They have yet to beat India there‚ and perhaps it’s not the worst thing that their ranks carry few survivors from that 2015 tour.

Mohali is where India struck the first blow in what became a deeply damaging Test series that South Africa lost 3-0. Happily for them‚ Wednesday’s match will be their only visit to Mohali this time.