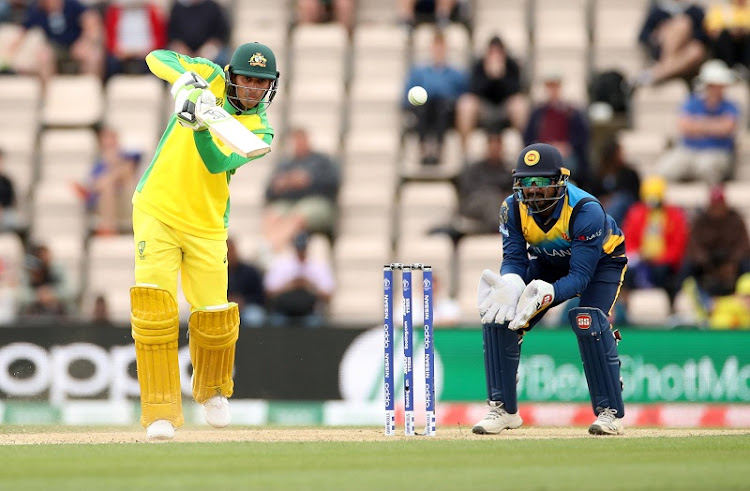 Usman Khawaja has provided Australia coach Justin Langer with a selection headache ahead of the defending champion's Cricket World Cup opener on Saturday against Afghanistan with another strong outing in their final warmup match.

The left-hander, batting in his preferred opening position, anchored Australia's five-wicket victory with the top score of 89 against Sri Lanka.

Langer now has the unenviable task of trying to decide the makeup of his batting lineup for their first game in Bristol, with captain Aaron Finch and the recalled David Warner also in the mix to open the innings.

Khawaja, who only returned to the one-day side earlier this year after a two-year absence, has prospered upon his recall and scored 655 runs in 10 innings as an opener, well above his career average of 44.21.

Warner's return from a 12-month ban for ball tampering and his scintillating form in the Indian Premier League, where he was the top run scorer, has complicated the equation but Khawaja does not care where he bats.

In every World Cup selection race‚ there are winners and losers and after an underwhelming display against Sri Lanka‚ Reeza Hendricks may be the ...
Sport
2 years ago

"(But) I wasn't thinking about securing an opening berth," he said of Monday's innings where he rotated the strike and kept the scoreboard ticking over.

"It's about winning games and doing the best for the team."

Khawaja's innings - he hit only three boundaries in his 105-ball knock - was impressive given he had sustained a painful blow to the inside of his knee while fielding.

"It's sore," said Khawaja, who also had retired hurt against West Indies last week after being struck in the head by an Andre Russell bouncer.

"I was told to stay down but I thought I wasn't going to do that, so I tried to get up and my knee just collapsed underneath me.

"I iced it for about 25 minutes and (there is) nothing structurally wrong."

Whatever lineup Langer chooses to send out against Afghanistan, Khawaja said the side were confident they could go on and secure Australia's sixth World Cup title after they have turned the side's fortunes around in the last three months.

They have won their last eight official one-day international matches, which includes series victories in India and the UAE against Pakistan.

Prior to the start of that winning run at Ranchi in early March, the team had lost 15 of their previous 18 ODIs and Khawaja said he knew which result he preferred.

"Winning is a habit, we say that a lot among the team. We want to keep that going, we might have lost that before, but we might have found that again heading into the World Cup."