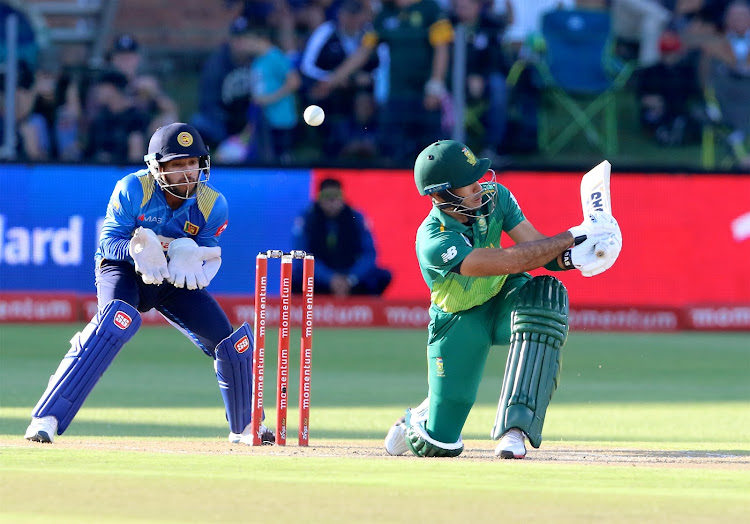 In every World Cup selection race‚ there are winners and losers and after an underwhelming display against Sri Lanka‚ Reeza Hendricks may be the biggest loser.

A batting group that makes regular contributions when the main pillars fail is a necessity.

That’s where Hendricks fits in and unfortunately‚ in the Sri Lanka series‚ his inability to convert starts has stood out like a sore thumb.

While Sri Lanka’s bowling has been tame as compared to what Pakistan carried earlier in the summer‚ Hendricks hasn’t grabbed his opportunities.

Hashim Amla’s loss of form and his subsequent compassionate leave opened up the door for him.

With Aiden Markram knocking hard on the door‚ that opportunity should have been taken.

While Hendricks may get a last chance on Saturday in the last ODI at Newlands‚ the light blue tide Markram created at the Titans has added a dynamic edge to the selection.

In green and gold‚ Markram provided a ripple in Port Elizabeth on Wednesday but Hendricks failed to get into double figures.

Against better bowling in the Pakistan series‚ Hendricks made it to 40-plus scores but also thrice failed to get into double figures.

A highest of 29 in the second ODI against Sri Lanka at SuperSport Park in Centurion has failed to mask a substandard series where he’s only scored 42 runs in four innings.

Numbers may not always paint the perfect picture but at this crucial World Cup juncture‚ they count more than anything else.

It has been the domestic numbers for the Titans that have seen Markram force his way back into national reckoning.

It’s the bowling and batting numbers that keep Chris Morris slightly in the race even though there’s a lack of confidence in him.

While cricket often trades on the form being temporary and class being permanent battle‚ the immediate currency of runs holds more weight.

Australia’s Usman Khawaja‚ unheralded as a limited-overs batsmen‚ displayed the value of runs going into a World Cup in the recently completed ODI series against India where he was the top-scorer.

Next month looms and so does the World Cup selection deadline.

March 16 becomes an important day for those still seeking that one last chance. Hendricks is one of those who has to make the day count.