Maharaj strikes before lunch to leave Australia in heaps of trouble 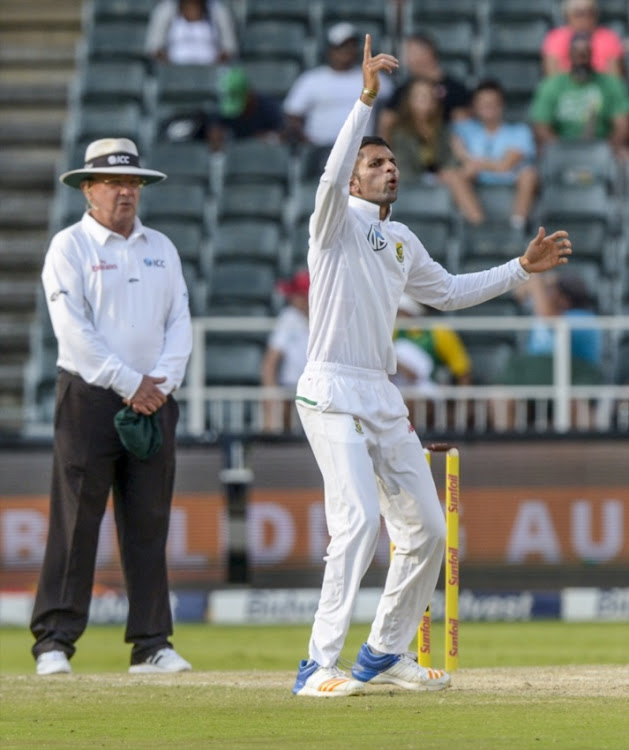 A promising partnership of 99 runs between Australia’s stand-in captain Tim Paine and Pat Cummins was broken shortly before lunch as South Africa finally made the breakthrough during the first session of the third day at the Wanderers.

Keshav Maharaj was responsible for the demise of Cummins when he trapped him in front after the Australian had just registered his maiden half century as the visitors plunged into a spot of bother on 195/7.

At lunch‚ Australia were struggling on 201/7 and traling South Africa by 287 runs with Paine standing firm on 47 off 78 and Nathan Lyon finding his feet after on 4 off 14 as he had just arrived on the crease following the demise of Cummins.

Australia resumed on 110/6 after 38 overs and still trailing South Africa by 378 runs with Paine on five and Cummins on seven and a significant number of runs to the overnight score.

Paine and Cummins‚ who achieved his maiden Test half century in the process to add to the five wicket haul that he achieved on Saturday‚ added 42 and 43 to their respective overnight scores.

Paine will have to continue fighting despite the fact that he is batting with a hairline fracture on his right thumb he suffered while keeping on Saturday.

When play resume for the second session‚ Paine and Lyon will have to continue soaking the pressure from the Proteas bowlers in their mission to try and rescue this Test match as they went to lunch still way behind in this match.