Proteas have undefeated record in Pink ODI to protect 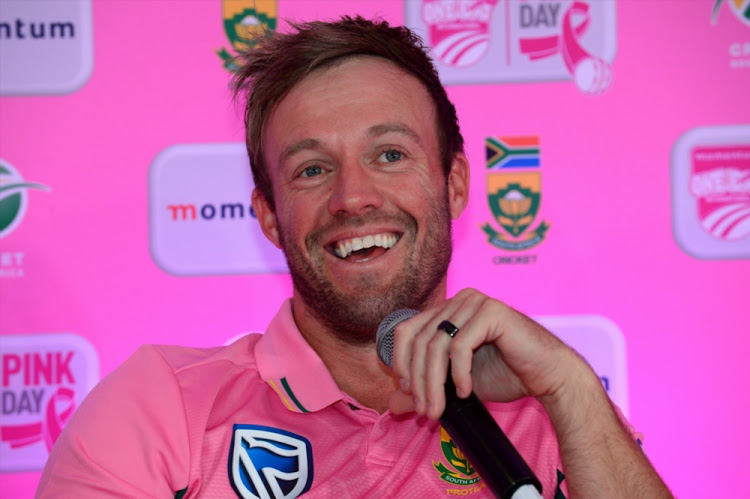 The Bullring in Johannesburg will be fully dressed up in pink on Saturday during the fourth ODI between South Africa and India but focus will also be on the field as Proteas will be looking to stop a three-match losing streak.

The famous Pink ODI‚ which is in its seventh year‚ is cricket’s effort to raise money for the Breast Cancer Clinic at the Charlotte Maxeke Johannesburg Academic Hospital and the mission this year is to raise more than R1 million.

Proteas all-rounder Chris Morris says the players have developed an emotional attachment to the event and they are under pressure deliver because they have not lost a Pink ODI match‚ and also are 3-0 down in the series.

“The Pink Day has become a tradition in South Africa and we play for a good cause. We are very lucky as cricketers to be healthy but there are many people around the world who are struggling with cancer and especially breast cancer‚” he said during the Protea’ final press conference on Friday.

“It is a special occasion and we have a lot of emotional attachment to this occasion because of what it means and tries to achieve. The crowd always comes in pink and the atmosphere is always festive.

“We have the unbeaten record but it will speak for nothing on the day as we have to come out and do the business.”

India bowling coach Bharat Arun said the visitors support the initiative and inspirational captain Vtrat Kohli and his players will come to play good cricket and to entertain what is expected to be a packed Wanderers Stadium.

“When we came to South Africa we knew this was going to be our home for two-and-a-half months and we will have to immerse ourselves in the culture and be part of this country‚” Arun said.

“We fully support the cause because it is something very good and from our point of view we would go out and play the best cricket to provide the best entertainment for the crowd.”

Morris said the Pink Day at Wanderers brings the best out of the Proteas.

“In my first Pink Day‚ I scored some runs and last year Duanne Pretorious took some wickets to win the match for South Africa.

“When people play at Lord’s they put on special performances because they are playing at the home of cricket and tomorrow (Saturday) is such a massive day for South Africa.

“We have had a good run over the years in the Pink Day and hopefully we can do it again tomorrow. It will be nice to see a youngster putting his hand and win the game for us‚” added Morris.

The Wanderers is in hot water and facing the possibility of a ban if the match officials in charge of the third Test between South Africa and India ...
Sport
3 years ago

The third test between South Africa and India will continue at the Wanderers on Saturday despite doubts over the suitability of the pitch, the ...
Sport
3 years ago

This weekend’s Indian Premier League (IPL) player auction in Bangalore will serve as a barometer of how much has changed in South African cricket in ...
Sport
4 years ago
Next Article