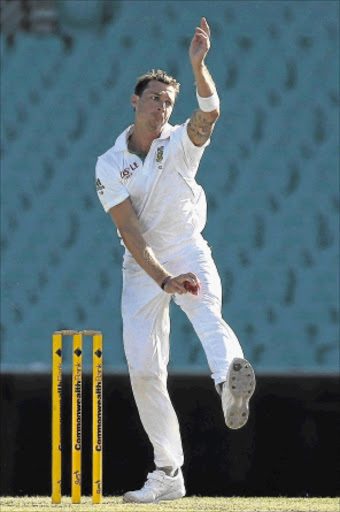 This weekend’s Indian Premier League (IPL) player auction in Bangalore will serve as a barometer of how much has changed in South African cricket in the past year.

Stalwart fast bowlers Dale Steyn and Morne Morkel‚ who missed the 2017 edition of the tournament through injury‚ are back on the block.

Morkel is in fine form‚ having taken 17 wickets in four Tests this summer.

But Steyn is again off the park‚ this time with a heel problem that should be resolved by the time the IPL starts in the first week of April.

Even so his stellar record and looming stature have earned him a reserve price of 10-million Indian rupees‚ the equivalent of R1.9-million‚ while Morkel’s services are going for R1.4-million — or three-quarters of Steyn’s.

Lungi Ngidi‚ who played his second T20 for South Africa exactly a year ago on Monday‚ made a dream Test debut against India in Centurion last week‚ taking match figures of 7/90.

It won’t hurt Ngid’s chances of fetching his reserve price of R950 000 that Virat Kohli‚ India’s captain‚ and flashy allrounder Hardik Pandya were among Ngidi’s victims in a second innings haul of 6/39.

JP Duminy is up for sale having withdrawn from last year’s IPL to work on his game ahead of South Africa’s tour to England last winter.

That Test series proved to be Duminy’s last: he retired from red-ball cricket in September.

His decline has been factored into the IPL’s freakonomics.

In 2014‚ the last time Duminy was auctioned‚ he was bought by Delhi Daredevils for the equivalent of R4.2-million in Monday’s money.

This time his reserve price has been pegged at R1.9-million.

The most expensive South Africans on sale are Faf du Plessis‚ Quinton de Kock and Colin Ingram‚ who are each going for at least R3.8-million.

They’ve been offered for a minimum of R2.9-million apiece.

Forty-one Saffers are among the 578 players on auction‚ who will vie for 182 places.

The South Africans’ reserve prices add up to R32.5-million.

That’s less than their two compatriots who were among the 18 retained players will earn between them.