Former IBO holder looking to do well after career slump 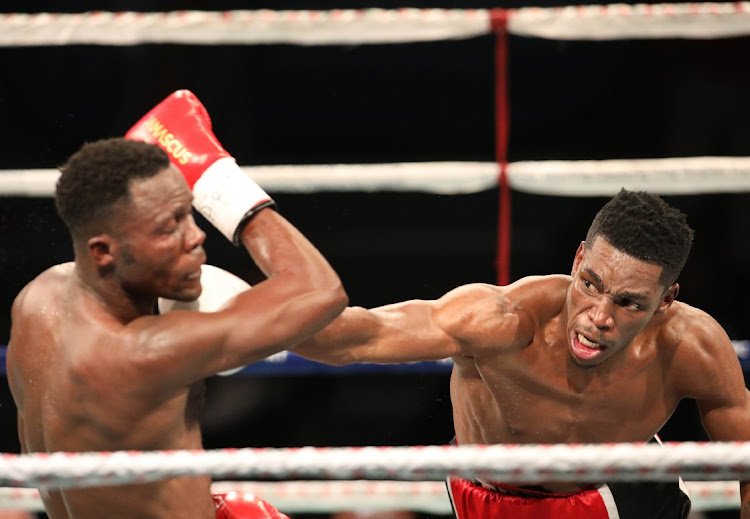 "Bring it on,” said Smith, who hones the skills of Mbenge. Promoter Rodney Berman worked with Mbenge until the talented boxer from Mdantsane lost the IBO belt to Sebastian Formella in Germany in 2019.

Berman also works with Makhense, the gifted boxer from Limpopo whose promising career is guided in Pretoria by former SA, WBU and IBO cruiserweight champion Sebastiaan Rothmann. Makhense has previously held the WBA Pan African and IBF Continental belts in the junior-welterweight and welterweight classes. He last fought in December and remains undefeated after 11 fights.

Berman was quoted saying one local fight that looks doable is the showdown between 28-year-old Mbenge and Makhense.

Mbenge's last fight was when he reclaimed the domestic title from Mziwoxolo Ndwayana in December.

The KO Mbenge recorded in that fight was his 13th in 17 wins, against one defeat. In truth, Mbenge has outgrown local standards and should be assisted in relaunching himself internationally. He is currently rated at No 13 by the WBC and in 22nd spot by the IBO. The defeat against Formella should have been treated as a learning curve and not a career-defining moment that put him on ice for more than a year with no promoter helping him to dust himself off and soldier on.

He finally got a break in October last year when Joyce Kungwane included him in her tournament in Soweto where Mbenge reclaimed the ABU belt after defeating Madorchee Kuvesa Katembo on points. It was Kungwane again who staged the national title fight four months later and Mbenge thanked her with a fourth-round stoppage of Ndwayana in Kagiso.

A lot was expected from Mbenge, then 23, when he turned professional in 2015 after a successful amateur career. He won the ABU belt in his eighth fight, the SA title in his ninth bout, the WBC International belt in his 12th fight and the IBO crown in his 13th bout.

The gradual redevelopment of Thulani “Evolution” Mbenge continues as he embarks on a journey to win back all the titles that he held previously ...
Sport
1 year ago

Manager calls for review of fight he believes his boxer won.
Sport
1 year ago
Next Article