Champ consoled by chance to shake off ring rust against Milanzi 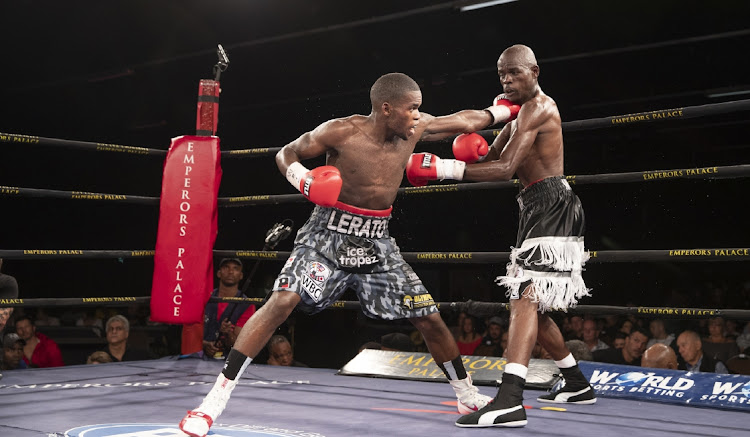 Lerato Dlamini is disappointed that he cannot defend his WBC Silver featherweight title at Rumble Africa Promotions' international tournament at the Boardwalk Casino in Gqeberha (Port Elizabeth) on April 24.

The Free Stater, whose career is guided in Johannesburg by trainer Colin Nathan, has had to settle for a non-title fight due what RAP chief executive Nomfesane Nyatela described as an unreasonably high sanctioning fee of R300,000 that was demanded by the WBC.

Dlamini says he was relieved that at least he has been given the opportunity to shake off ring rust against Hassan Milanzi over 10 rounds. On paper the Zimbabwean is a credible boxer with six knockouts in nine wins.

Dlamini last fought in March last year. He knocked out Jeremia Mhere in the fifth round – his seventh knockout in 14 wins.

The former WBC and IBF continental champion said: “Being unable to defend my title does not sit well with me but what can I do or say except to settle with what is on the table – [the chance to] shake off ring rust. I mean, it is 456 days since I last fought. Hopefully after this fight I will get a better offer, like a world title elimination fight.”

Dlamini is rated No 4 by the WBC whose featherweight champion Gary Russell says he is moving up to the lightweight division.

Dlamini said that he was also OK with trainer Bernie Pailman barking instructions in his corner because Nathan will be in the UK where Moruti “Baby Face” Mthalane will defend his IBF flyweight crown against Sunnyboy Edwards on April 30.

Pailman and Nathan are friends and they always help each other. Nathan’s assistant Vusi Mtolo will be in Italy with Bulana Khanyile, who will be challenging for the IBO junior-lightweight belt on April 23.

“I know Bernie very well. I think we will form a formidable combination,” said Dlamini.

“Colin spoke to me and I am fine – that is how busy our stable is.”

Pressure is mounting on Akani Phuzi to do better compared to what he did the first time he met Johnny Muller in December.
Sport
2 months ago

Women have participated in boxing for as long as the sport has existed in SA yet female fights have almost been effectively outlawed.
Sport
2 months ago

Champion fighters are not made from fancy boxing gyms

Kholisile “Kay Cee” Cengani has echoed the sentiments made years ago by old-time great boxing trainer Isaac Sithi, who stated that real champions ...
Sport
2 months ago
Next Article