I was born to fight, proclaims Joshua Studdard 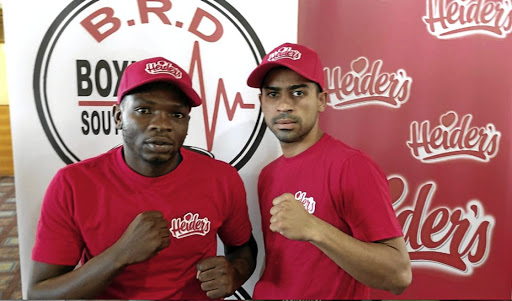 Joshua "TKO" Studdard has turned into something similar to a pit bull terrier, so eager to cause harm that it wants to snap its chain.

That is due to a two-year hiatus that was caused by an injury to his hand in the fight he lost to Rofhiwa Nemushungwa on December 4 2017.

Studdard is the only recognisable coloured pro-boxer in Johannesburg. His father and grandfather were amateur boxers, while notably, his late uncle Cameron "Kangaroo" Adams was a middleweight pro-boxer.

Adams - a gang member - was hanged by the apartheid regime for murder in the 1980s. Although his nephew has had about 10 fights, fans already know about him.

Studdard was growling like a dog yesterday - only two days after promoter Oscar Chauke announced that the boxer would make a comeback against Saul Hlungwane at Turffontein Racecourse on March 1.

Fernandes does about-turn, back to produce champions

When Irvin Khoza introduced the slogan "Once a Pirate, always a Pirate", the Orlando Pirates chairman did not know that this phrase would go as far ...
Sport
1 year ago

Mr TKO is back to cause more pain

"I need to dish out a serious beating, a can to whip him," he said confidently. "The boxing fraternity needs to know that Joshua is back. The boxing ring is calling me. I have a lot of aggression and seeing the boxing ring keeps me calm."

Studdard said he has a new team and a new sponsor on board. He is trained by revered Manny Fernandes.

"I was clothed in green before my injury but now I will be in beautiful red, which symbolises bloody bath," he said. "I was born to fight. Saul is just a stepping stone, champions must be worried."

But Hlungwane's trainer Emmanuel Mutavhatsindi laughed off Studdard's threats. "Wrong choice of an opponent for a comeback fight," he warned. "My boxer has promised to send Joshua to permanent retirement. I know Joshua, we used to train in the same gym in Hillbrow. I don't rate him as the best.

"My boxer - young as he is - fought Sikho Nqothole and Doctor Ntsele but lost on points. That tells you about his potential."

This bantamweight fight will form part of BRD Promotion's seven-bout bill which will be head-lined by an international fight between Thompson Mokwana and Raymong Kupula from the Congo.