Mr TKO is back to cause more pain 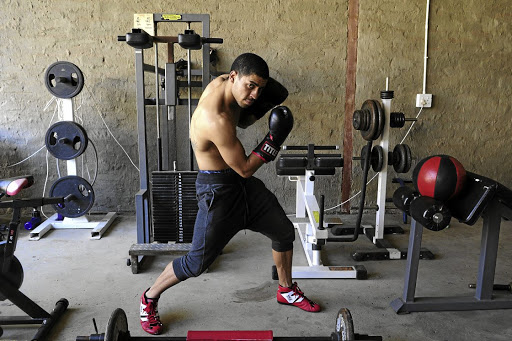 After missing a year of action, Joshua "TKO" Studdard has turned into something similar to a pit bull terrier, so eager to cause harm that it wants to snap its chain.

He injured his hand in the fight he lost on points to Rofhiwa "Tsetse Fly" Nemushungwa in December 2017. That loss was Studdard's second in 10 fights.

The charismatic boxer from Sophiatown was becoming a crowd puller. His fighting skills are still polished by trainer Warren Hulley.

Yesterday, Studdard was growling like a dog reacting to a threat.

"I have a lot of aggression that builds up from all the testosterone in my body. So, seeing the ring keeps me calm," he said.

'TKO' back from brink

Joshua "TKO" Studdard came back from the brink of defeat to eventually force a last-minute stoppage in the sixth round against Ronnie Chiloane in ...
Sport
4 years ago

"I just cannot wait to come back and hurt people. It is not an evil thing to do. It is nice to hurt people now and again."

Studdard made it clear that it was not only the love of boxing that saw him become a member of the fistic sport, but also his love for hurting people.

"The aggression has to come out. The boxing ring is calling me and I feel the urge to fight.

I want to destroy whatever is in front of me. I don't care who it will be, where they will be coming from or who they would have fought before.

"I broke my hand in a fight against Rofhiwa and I would actually like to avenge that loss by breaking his face. I am back."