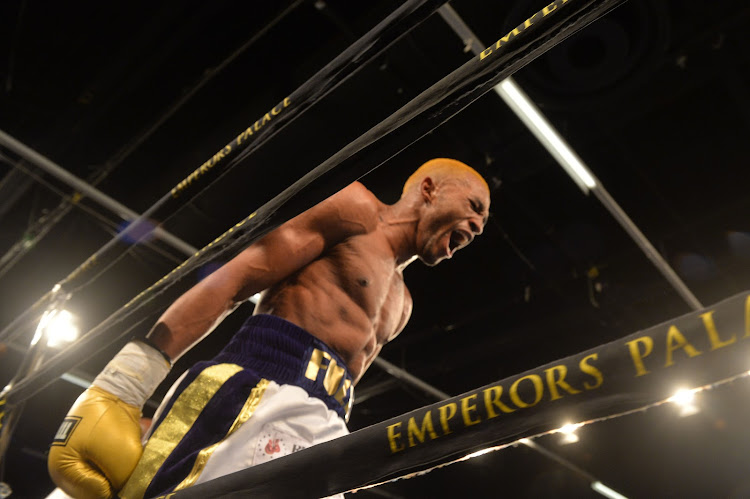 Azinga Fuzile’s world title eliminator against Kenichi Ogawa of Japan is set to go purse bids after all.

This is after the two camps failed to reach agreement on the venue and money for the fight-off to determine the mandatory challenger for Tevin Farmer’s IBF junior-lightweight crown.

The IBF had given the camps time to negotiate the fight themselves‚ even adding extra week at the request of the Japanese stable.

But SowetanLIVE understands that the South Africans weren’t happy with the purse‚ and the Japanese weren’t keen on the counter-offer that would have required them travelling to East London.

Fuzile’s manager‚ Colin Nathan‚ confirmed that Rumble Africa Promotions‚ which have staged Fuzile’s latest fights‚ would bid to bring the showdown to SA.

In a purse bid‚ anyone is free to lodge an offer to the stage the fight‚ without sight of any other offers. The highest bidder wins.

Fuzile‚ the IBF’s No.5 contender‚ is one of SA’s brightest prospects. Ogawa is rated No.4.

Mthalane‚ who doesn’t have a set promotion‚ has just signed with MTK Global‚ an international management company whose Africa operations are overseen by Nathan.